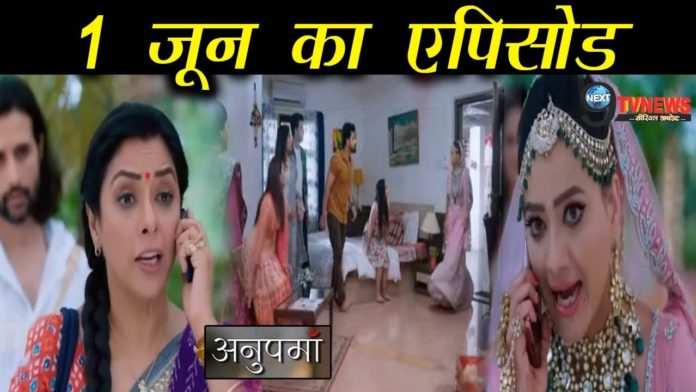 The track of Vanraj and Kavya’s wedding is going on on the TV show ‘Anupama’ these days. Kavya is seen as very desperate to marry Vanraj in the show. At the same time, there is Vanraj that still has not been able to take any decision. All preparations are made for marriage. Kavya also becomes a bride and comes to the pavilion, but once Vanraj breaks Kavya’s heart. Vanraj does not reach the mandap for marriage. Seeing this, Kavya’s anger reaches the seventh heaven. Know what will happen in today’s episode?

Vanraj disappeared from marriage
Kavya’s bridal attire arrives in the pavilion and waits for Vanraj to arrive. After much waiting, Kavya reaches his room to pick Vanraj, where she sees that Vanraj is not in the room. After which, Kavya starts looking for Vanraj. At the same time, Pandit Ji says that the Muhurta has started. Kavya gets upset on hearing this. Kavya asks his family to find Vanraj, but his family says they don’t know where he is.

Kavya started searching for Vanraj
Vanraj does not reach the mandap for the wedding. Seeing which Kavya’s insanity increases considerably. Kavya searches for Vanraj in the wedding couple running all over the resort. She runs, shouts and cries. But nothing of Vanraj is revealed.

Anupama is threatened by Kavya
Kavya gets very angry after seeing Vanraj missing from the wedding and not seeing Anupama in the resort. She calls Anupama. Seeing Kavya’s phone, Anupama repeatedly disconnects her phone. After which, Kavya calls again and picks up Anupama and narrates them a lot. Anupama tells Kavya that both of them should decide whether to marry her and Vanraj. There is no need to eat their lives. After which, Kavya threatens Anupama that she will file a complaint against him and the entire family in the police if she does not return to the resort.