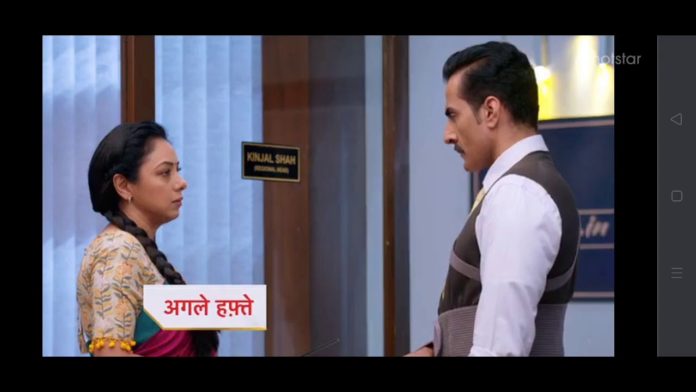 In Anupama, the audience is getting to see the high voltage drama. Everyone is distraught with Vanraj’s departure. Here, Kinjal has got a job at Vanraj’s place. Paritosh pressures Kinjal to leave this job but does not listen to him. Because of this, there is a fight between the two.

In the upcoming episode aired on Monday 1st February 2021, it will be shown that Pakhi is at Kavya’s house, and his demands are not ending there. Pakhi makes her mouth by looking at the cornflakes made of Kavya. Pakhi, after which asks for food from Anupama’s house. Seeing this, Kavya threatens him and says that he has to live according to me if he wants to stay here, and what he has prepared will be food. Now no food will come from Anupama’s house.

Pakhi becomes emotional after listening to Kavya’s words. After hearing her bad words here, she goes to her house, where Kinjal asks Anupama that she got the answer to the divorce paper. Anupama says that maybe she will be busy because of this, she could not answer.

Here in the office, Vanraj is called by his boss to talk about the project. At the same time, Anupama tells Kinjal that his father never took me to the office. Here Vanraj comes into his cabin to see if any of his belongings remain there. When Vanraj reaches the cabin, he is shocked to see Anupama there.

In the last episode, you saw that she tells about Kinjal’s job. Kavya tells that Kinjal has been kept in her place. Vanraj is shocked to hear this. Kavya tells him that Kinjal must have already told this to Anupama. Kavya provokes Vanraj a lot by naming Anupama.