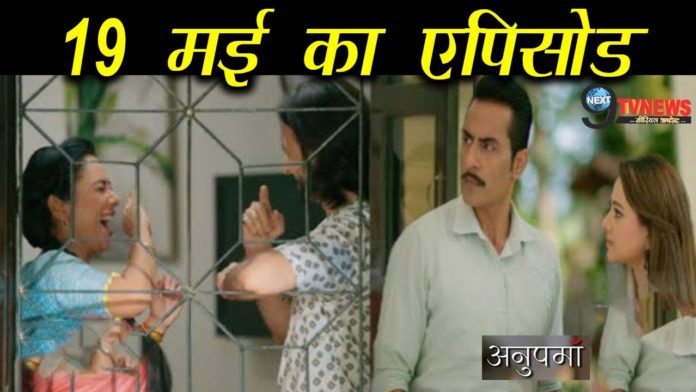 Serial Anupama continues to be a favorite of people. Now the show is ready for a new twist. In the upcoming episode, Kavya will once again be seen provoking Vanraj against Anupama. Advaita reveals to Anupama that he has got cancer. He decides to stand with Anupama so that he can treat her well. At the same time, Anupama decides to fight her own battle on a positive note.

While seeing Anupama and Advaita together, Vanraj gets furious with anger, while Kavya takes advantage of this and provokes Vanraj against Anupama. Kavya, who is eager to get married to Vanraj, wants Vanraj to move forward as Anupama has also left with Advaita.

At the same time, unaware of the fact that Anupama is doing all this, Vanraj decides to marry Kavya to move forward in her life like him. It will be interesting to see what happens next on the show. While Kavya is happy about the divorce of these two, the family members do not understand what will happen after the divorce.

Till now, you have seen that after eating Kavya’s sleeping pills, Anupama slaps her. Anupama scolds her for taking such a step. At the same time, Vanraj convinces Anupama not to get a divorce. But Anupama upholds her decision and says that she will not let them cheat Kavya.

The Anupama show produced by Rajan Shahi under the director Kut Productions premiered on July 13, 2020, on Star Plus. It stars Rupali Ganguly in the lead role of Anupama. Sudhanshu Pandey, Madalsa Sharma, Paras Kalnavat, Ashish Mehrotra, Muskan Bamne, Arvind Vaidya, Alpana Butch, Nidhi Shah, Tasneem Sheikh are an integral part of the story. The show continues to be on the TRP list.