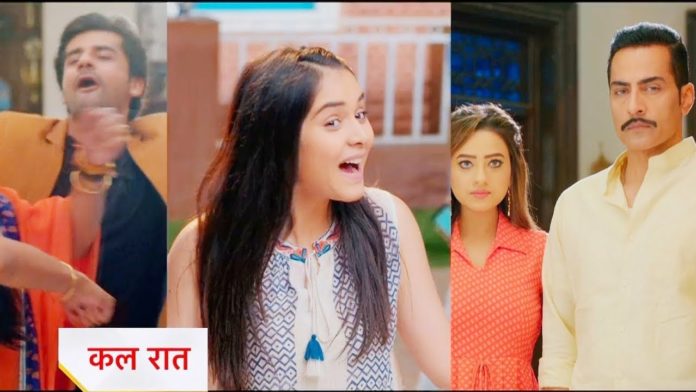 Serial Anupama is once again at number one on the TRP list. Viewers are very fond of the show. Kavya instigates Vanraj to get the house done in his name. Anupama decides to leave the house, after which Babuji asks her not to leave the house by giving him Pakhi.

In the upcoming episode, it will be shown that Kavya thinks that she will have to do something that the family will take her name instead of Anupama. Kavya feels that Anupama has left the house and is shocked when she sees Anupama. Kavya asks her why she did not go.

Kavya asks Vanraj again to get the property named after him. Kavya forces her again and again to say this. Vanraj goes to Babuji and says that I have to live in this house rightfully. You can do this house in my name. Anupama tells Vanraj that she has stayed at home because of sweetie. She will leave when her health recovers.

In the last episode, you saw that Anupama packs up all her belongings and decides to leave the house. Kavya tells him that if you leave this house with your mind, tell this thing to everyone. Otherwise, all the people will start speaking to me. Vanraj tells her that when you have already thought, why don’t you go?

Vanraj is quite angry at Anupama’s decision. The family members try to stop her, but she does not listen. Babuji says that before leaving, you tell me what answer he has to give when Pakhi comes back. Upon hearing this, Anupama becomes very emotional and changes her decision.