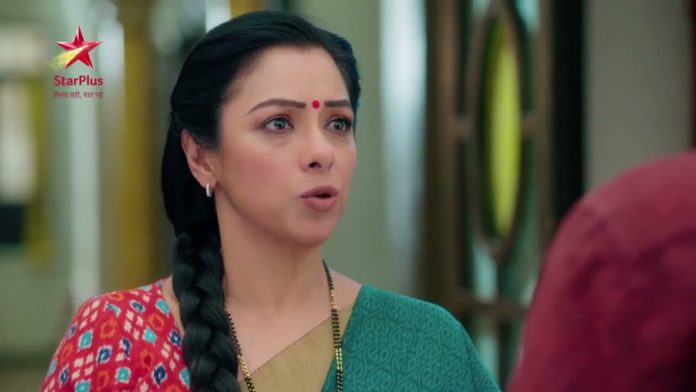 A lot of emotional track is being shown these days in the serial Anupama. As Anupama and Vanraj’s divorce is getting closer, all the family members have become very upset. Anupama and Vanraj are also very nervous about it. Both are remembering the moments spent together. On the other hand, Kavya Shah is dreaming of coming into the family.

In Anupama episode aired on 19th April 2021, it will be shown that Pakhi gets emotional after seeing Samar and tells him that Mummy and Papa will be divorced. Hearing this, we get unfortunate. Nandina explains to Samar that she does not need to be depressed. Let Anupama aunty live according to your own accord.

Here, Vanraj and Anupama are in their respective rooms, and both are unable to sleep. Both the sides keep changing, but no one can sleep even for a while. Anupama and Vanraj remember every old thing, and both of them become restless. While thinking this, the eyes of both of them get caught.

The next day Vanraj and Anupama arise and think that there are only 48 hours left for divorce. Now it will be quite exciting to see if both of them are really divorced or not. Will the Divorce of Anupama and Vanraj be halted for some reason. Will Kavya’s dream remain a dream?

In the last episode, you saw that Samar comes home with her trophy and goes to Anupama first. Anupama gets a little emotional looking at Samar with the trophy. Here Kavya packs her belongings from Nandini’s house and tells her that Anupama and Vanraj will get divorced in two days, after which they will shift to their house.