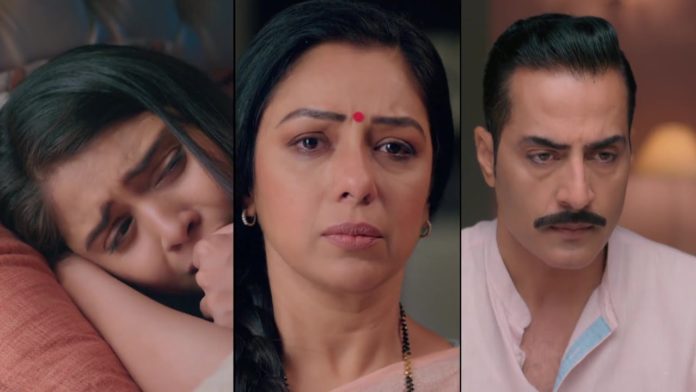 Anupama has again come to a new point. According to the track, Ba does not want Anupama and Vanraj to get divorced. But Anupama signs on the Divorce paper. During this time, both of them become very emotional. Here Kavya is very excited about Vanraj’s birthday. Ba, on the other hand, wants Vanraj to celebrate his birthday at home with them.

In the upcoming episode, it will be shown that Ba asks Kinjal to take leave from the office, but she refuses. Here Kavya becomes emotional for Vanraj’s birthday. Kavya says to send Pakhi for one day to Anupama’s house to spend time together. Pakhi hears all these things and feels very bad.

As soon as 12 o’clock in the night, Anupama calls Vanraj a happy birthday in her mind. She says that the relationship breaks down, but the memories remain. Here Pakhi pretends to sleep so that it does not come between the two. Vanraj feels strange to see this. He says that it has never happened that Pakhi did not wish him. Kavya says that she must be tired, so she must have fallen asleep. Pakhi keeps crying after hearing all this but does not say anything.

Kavya brings him a cake. Ba calls Vanraj and wishes him to come home. Vanraj does not answer this. Kavya says that you will not go home and we will celebrate together. In the last episode, you saw that Anupama reveals to the counselor that he (Vanraj) has broken her trust. Have a relationship with another woman. Vanraj says he realizes his mistake and has apologized to Anupama.

At the same time, Anupama says that she wants a divorce now. The counselor asks both of them to sign the paper. Anupama signs, but Vanraj is very nervous about signing. Vanraj realizes that he cannot leave Anupama.