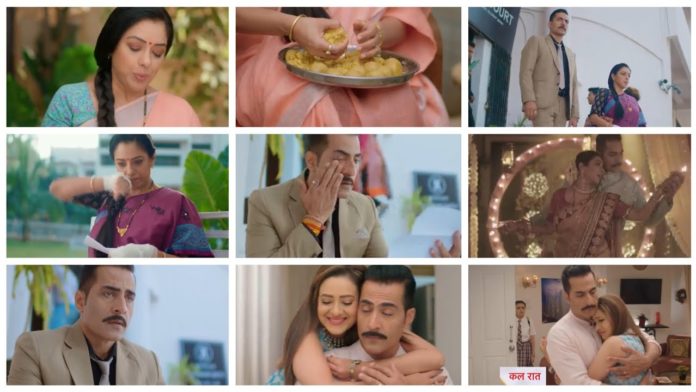 The big twist is ready for the serial ‘Anupama.’ According to the track released, both Anupama and Vanraj get ready with a sad heart and go to the counselor. The counselor asks them that, after 25 years of marriage, both of you are thinking about divorce, you have three children, and at this time, each other is more needed. You both can think about this once again. It is not right to take any step in anger.

Anupama reveals to the counselor that he (Vanraj) has broken her trust. Have a relationship with another woman. Vanraj says he realizes his mistake and has apologized to Anupama. At the same time, Anupama says that she wants a divorce now. The counselor asks both of them to sign the paper. Anupama signs, but Vanraj is very nervous about signing.

Vanraj realizes that he cannot leave Anupama. He can never be happy with just poetry. He needs family and Anupama. So he refuses to sign the divorce papers. The counselor will also try to convince her, but Anupama will return, saying that she should have thought about it when she called him mentally unstable.

You saw that Ba is angry with Anupama and says not to get divorced. But Anupama says that she can do nothing in it now, and it will be a divorce. She apologizes to him that because of that, he has to be upset. Here, Paritosh hugs Kinjal and cries, and says that he cannot see his mom’s dad falling apart. Right now, he is not able to do anything.

Here, Pakhi tells her father, Vanraj, that she should celebrate with her family. Kavya listens to both. She tells Pakhi how he can celebrate the birthday in the house from where he has been evicted. Pakhi gets up from there; then Kavya tells Vanraj whether they can go out somewhere on their birthday. Vanraj clearly says that he cannot leave Pakhi alone. It will be interesting to see what will happen in the upcoming episodes.