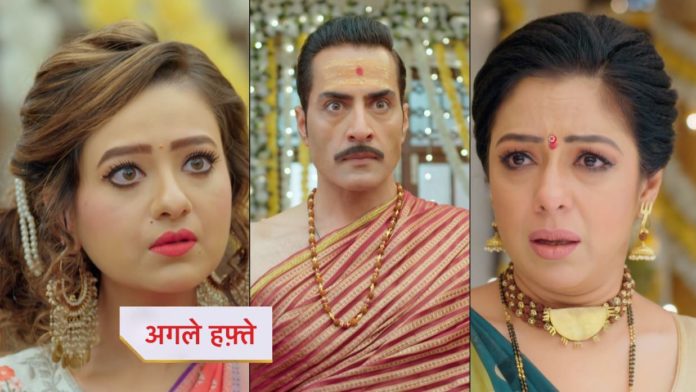 There is a lot of emotional track going on in the serial Anupama. The battle of Vanraj and Samar saddens everyone in the house. When Vanraj tells about his bygone days, tears come in everyone’s eyes. Vanraj says that he has built this house with a lot of hard work.

It will be shown in the upcoming episode that Anupama says that this house was also yours earlier and will remain yours even today. Vanraj says on this that now he is not going to leave the house. Rakhi Kavya says that you are taking advantage of what has happened to you. Whatever you wanted, it is done.

Rakhi warns Kavya that she will expose her. Kavya gets a little scared after listening to him. Here Kavya tells Anupama that she had no motive to hurt him. She says, forgive me for taking away your husband and home. Anpuma, after hearing all this, says nothing and goes away.

In the last episode, you saw that Vanraj tells Summer that you could not play it when you got a father’s role in the school. Today you are telling me that I do not have right over this house. Vanraj becomes very emotional and says that he has fulfilled every duty, have a brother, have a son, and be a father.

Vanraj says that he has worked hard to build this house and has also fulfilled everyone’s dreams. From summer, they say that if you consider your mother as God, then consider me a human being. Next, Vanraj says that I have just made a mistake, I have fallen in love with Kavya, but now I do not have the right to this house; it cannot happen.