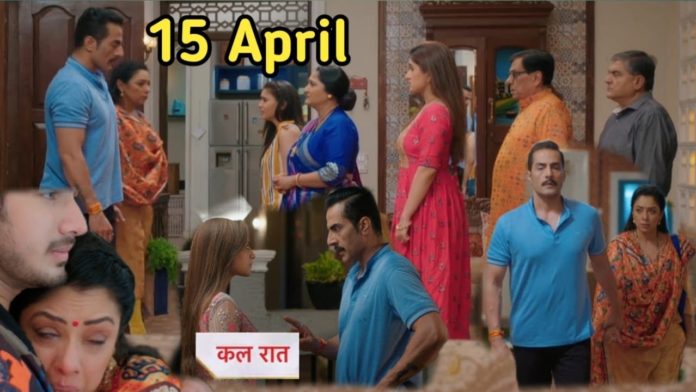 Currently, Pakhi and Kabir’s track is going on in the serial Anupama. You saw Pakhi sneak out of the house to meet Kabir. Anupama and Vanraj are not at home, and Pakhi arrives at her friend Kabir’s in-house party without informing Bapuji and Mamaji. But Kavya sees him going and recording it. She reaches Shah House.

Kavya comes to Bapuji and maternal uncle and tells that Pakhi has gone to the party most secretly. Everyone gets upset. Here Pakhi reaches the party, and Kabir looks for a chance to get close to her. Pakhi tells him not to behave strangely. But Kabir does not desist from his antics.

He proceeds to kiss Pakhi, Pakhi refuses, he raises his hand to slap him, Pakhi grabs his hand and tells him that he should not have come here without telling the family. She slaps him vigorously and asks him to apologize. Kabir gets nervous and apologizes to him. Pakhi comes back and apologizes to Bapuji.

At the same time, Kavya is preparing to get married to Vanraj; she wants to replace Anupama in Shah House soon. In the upcoming episodes, you will see that Vanraj realizes his mistake. He does not want to divorce Anupama, nor does he want to marry Kavya.

He thinks that Anupama has kept her family well for 25 years. Will Kavya be able to do this. He will start considering his decision to divorce Anupama again and may even give up the idea of ​​divorce. Does this mean he will break up with Kavya? Or will Anupama get divorced under compulsion? This will be known only in the coming episodes.