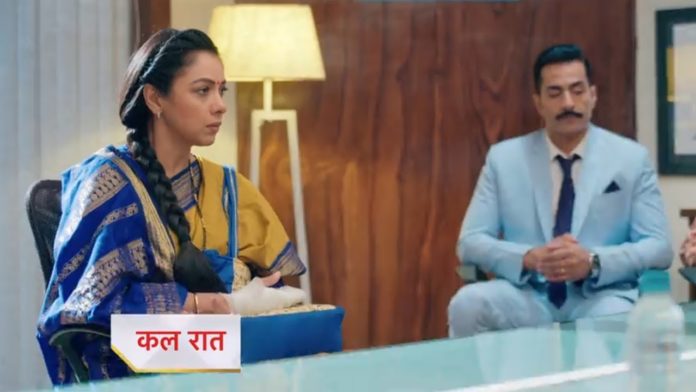 In Anupama, the audience is getting to see the full-on drama. Anupama saves the school children from a major accident. The principal asks Anupama to take responsibility for it, but she refuses. Vanraj and Pakhi pressurize him to obey the principal.

In the coming episodes, it will be shown that Vanraj tries to convince and convince Anupama in every way so that he signs on paper. But Anupama flatly refuses this. Anupama says that she will definitely go against the school. After which, Vanraj says that he is giving him 24 hours to think; after that, he will take some concrete steps.

Pakhi tells the family that in that paper, it is written that Anupama’s mind is not well, and she was upset for some days. This accident happened due to his negligence. Anupama says how she will proof in 24 hours. Summer says that the children will help him. Here Anupama, Samar, and Nandini go to some parents and talk to them. It tells them that they fought against the school, but they refuse.

Here Anupama goes for a school meeting, and Vanraj advises her to do Pakhi with whatever she does. In the last episode, you saw that the Principal tells Anupama that she should take responsibility for the incident herself. Anupama gets very upset thinking this. Summer tells him to do what you feel is right. Anupama refuses the Principal and says that she will not take responsibility for the school’s negligence.

Till now, you have seen that Kavya and Kinjal get nervous after seeing Anupama’s school accident and grab each other’s hand. After this, Kinjal assigns the entire responsibility of the meeting to Kavya and says that she is confident that she will handle this meeting well; she is her senior. No one can be better than her for this project. Kavya is surprised to hear him.