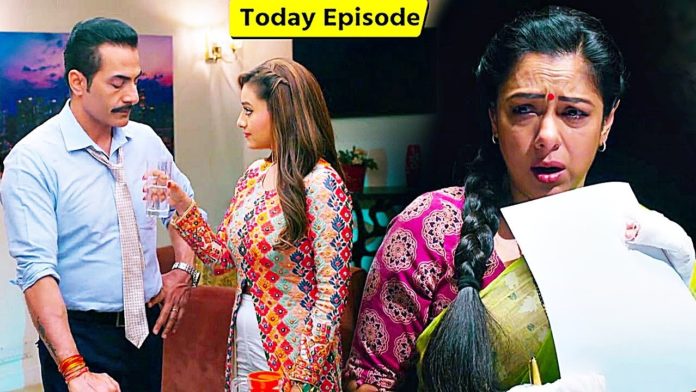 In Anupama, the audience is getting to see the bang story. Anupama’s class catches fire. She very difficultly pulls out the children and faints herself. Seeing this situation of Anupama, her children, and Vanraj get scared. Anupama’s hands burn in this fire.

The next day Ba is working in the kitchen, and seeing this, Anupama and Kinjal are shocked. Pakhi at the dinner table does evil by eating Kinjal’s poha. Here the media people come to Anupama’s house and ask her why you are hiding the school administration’s mistake. Vanraj also comes only then. Vanraj drives away the media.

Vanraj asks Anupama to sign a paper. He says that he wrote what he said in this paper. Vanraj says that if Anupama does not take responsibility for herself, the school will remove it, and the entire year of Pakhi will be spoiled. Pakhi listens to these things and comes to Anupama to put a thumb impression on the paper.

In the last episode, you saw that Kavya and Kinjal get nervous after seeing Anupama’s school accident and hold each other’s hand. After this, Kinjal assigns the entire responsibility of the meeting to Kavya and says that she is confident that she will handle this meeting well; she is her senior. No one can be better than her for this project. Kavya is surprised to hear him.