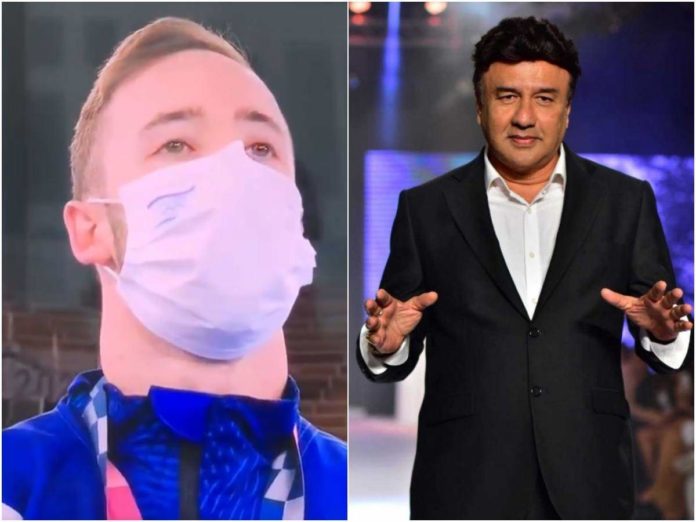 Music composer and singer Anu Malika has once again been accused of copying music. No one has made this allegation but social media users. It happened that on Sunday, as soon as Israel’s gymnast Dolgopayat won the gold medal in gymnastics, his award ceremony took place shortly after. Anu Malik started getting trolled. You must be finding it quite confusing what the connection of Anu Malik was with the Israeli player’s victory. So let us tell you what is the matter after all.

In fact, as soon as the gold medal was placed around the neck of gymnast Dolgopayat, the national anthem of Israel started playing. Users found its tune very similar to Mera Mulk Mera Desh Hai’s song from the 1996 film Diljale. Was Phir Kya Tha Anu Malika came under the target of social media trolls and got trolled fiercely.

People started accusing him of stealing the tune. Now various things are happening about Anu Malik. Many people are targeting Anu Malik for copying tunes. Some are saying that Anu Malik got the national anthem of another country to copy.

How many more sins have you committed? @The_AnuMalik

And since Anu Malik was the music director, I am 💯% convinced now that he copied even that music too from here. 😁 https://t.co/zpgyrovmr5

A video went viral a few days ago
A video of Raghu Ram’s ‘Indian Idol’ audition recently went viral. To this, Anu Malik replies, You are also a thief. Also, count your original tunes. This video is from ‘Entertainment Ki Raat,’ which was telecast in 2017.

Raghu Ram asked Anu Malik a question on the theft of tune
In this video, Raghu Ram asks, have you stolen any tune in your career? To this, Anu Malik replies, “Laughed? Now the answer will be given. I want to tell you one thing. I didn’t know you are going to ask such a question. I think your tongue is very long; let’s fix it a bit. You have asked this question, haven’t these 11 journalists done it before, so you are also a thief? You stole their question too.”