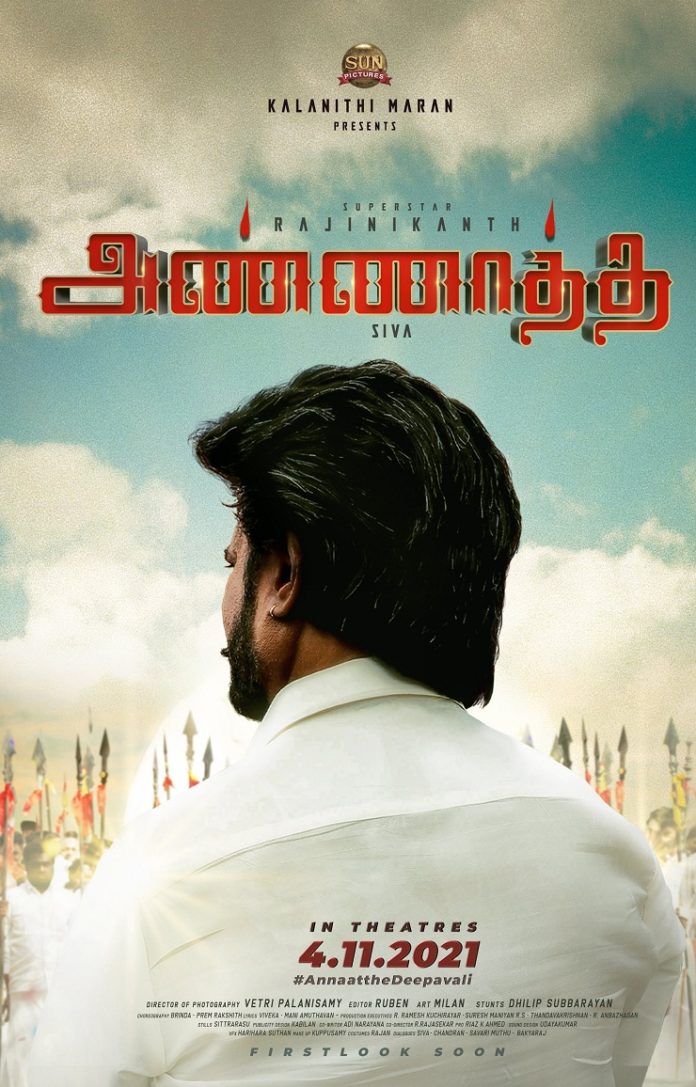 Rajinikanth is the Superstar of Tamil cinema. Annaatthe is a film starring Rajinikanth. Produced by Sun Pictures, the film is composed by Imaan and directed by Siruthai Siva.

All the film’s shooting has been completed, and the dubbing work has been completed, and the post-production work is underway. Overall, Rajinikanth fans are eagerly waiting for this movie. The first look poster of the film ‘Annatha’ has been posted on Sun Pictures’ Twitter page. And Rajini fans have been commenting that superstar Rajini is the highlight of this First Look poster.

Sun Pictures has officially announced that ‘Annaatthe’ will be released on Diwali on November 4. It is worth noting that this poster is currently trending on social media. The announcement also states that the film will only be released in theaters.