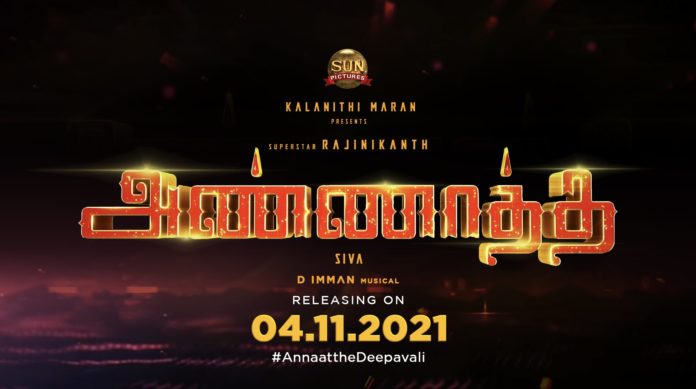 Filming of ‘Annaatthe’ starring superstar Rajinikanth was halted recently due to the spread of coronavirus to a few film crew members. It was later learned that Rajinikanth had a blood pressure problem and was admitted to Hyderabad hospital.

It has been officially announced that the next phase of ‘Annaatthe’ will be released on November 4, 2021, during Diwali. Following this, fans are celebrating this year’s Deepavali as ‘Thalaivar Deepavali.’

Imaan is composing the music for the film stars Rajinikanth, Khushbu, Meena, Keerthi Suresh, and Soori.