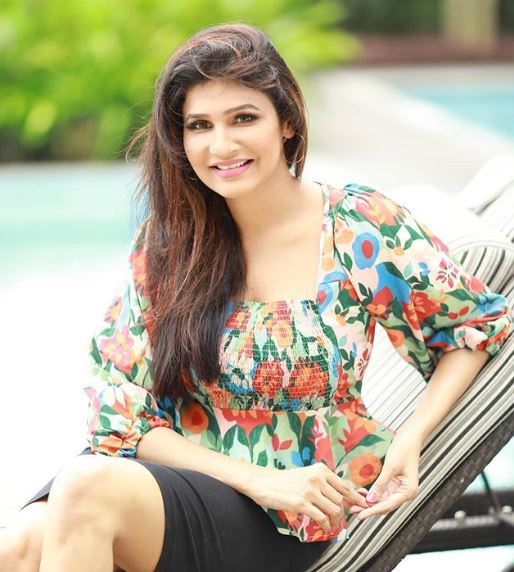 Anjena Kirti is an Indian film actress and model, who mainly works in the Tamil film industry. She filmed Chennai 600028 II, directed by Venkat prabhu, where she plays a north Indian girl paired opposite to Vijay Vasanth.Chennai 600028 II bought her fame.

she used to work as an International airline crew Etihad Airways. She left her Airline crew job to pursue a career in acting successfully. Anjena’s had her first release in December 2014, Azhagiya Pandipuram. In 2016, Anjena also appeared in a children’s movie Jambulingam 3D.