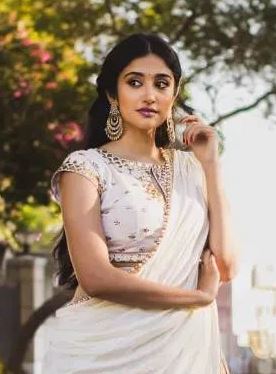 Anjana Jayaprakash is an Indian film actress, a model who mostly appears in Tamil and Malayalam films. She was noted in the blockbuster Tamil film Dhuruvangal Pathinaaru (2016). She has done several short films and also appeared in a few supporting roles in feature films.

During her college days, she started modelling for college fashion shows and designer events and later began acting in short films made in her college.

One of her notable films was Muse, directed by her college junior Kannan RK. The short film was also nominated for the National Film Award for Best Short Fiction Film. Anjana acted as Jayalalithaa (Teenage Character) in Queen Web Series directed by Gautham Menon.