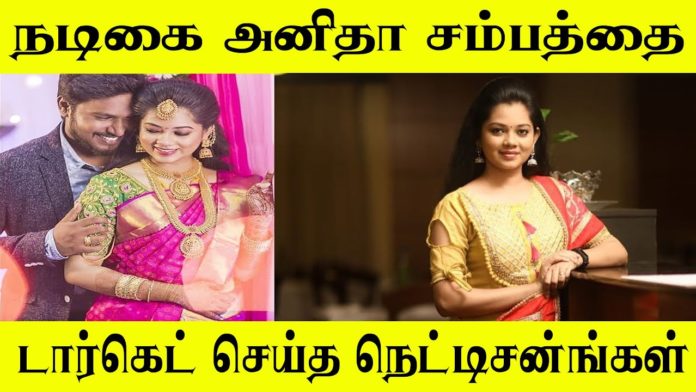 Anita Sampath worked as a news anchor for a private television station. She quit her news-reading job and changed route last year to attend another TV show, Bigg Boss Tamil.

Anitha Sampath received negative comments from fans on the show, as she was always crying and angry. However, she also earned the support of the people by playing honestly in the tasks. Anitha Sampath, who was eliminated from the show, was devastated by the death of her father. Recovering from that, she continues to share photos and videos on her Instagram and other social media pages.

Anitha, who fell in love with Prabhakaran and got married, has always posted videos and photos with her husband from time to time. In this situation, shocking news has come out that Anitha Sampath is going to divorce her husband. Sharing this on her Instagram story, Anita Sampath is currently explaining.

Anitha has confirmed on her social media that her divorce is a rumor made up by some Youtube channels. Thus she made it clear that he was not divorced.