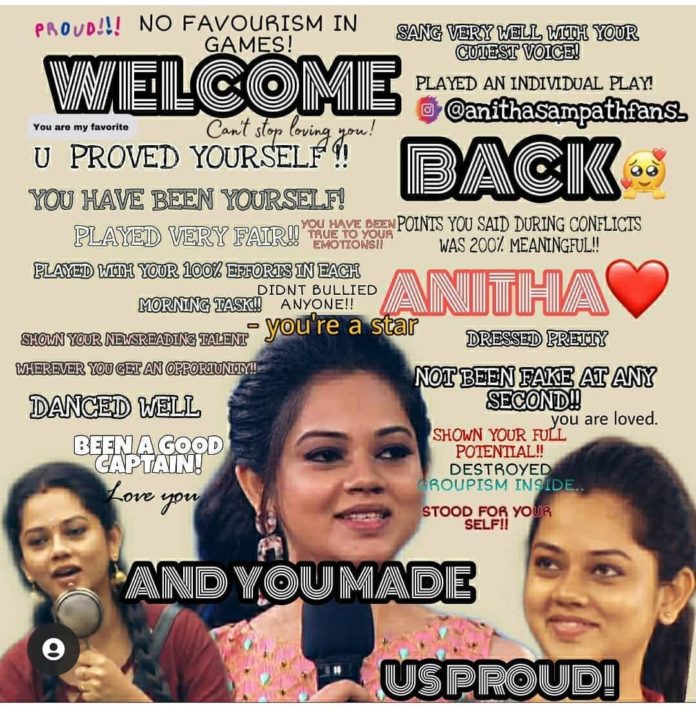 One of the Big Boss contestants, Aari, has a huge fan base on social media. It’s seen that whoever has a disagreement with Aari inside Bigg Boss house gets evicted after nomination. This is evidenced by the fact that Samyuktha, Archana, who fought with Aari, and Anitha, who had a confrontation with Aari, were evicted from Bigg Boss house even though there were other weaker contestants in nomination.

In this case, an Aari fan has posted a controversial post on social media about Anitha. It read, “If Aari’s fans think of one, they’ll do it, and that is the reason you got evicted.” Anita has responded to this post saying that it is ugly for voters to evict someone if he or she speaks out against Aari, and even Aari will not be proud of it; the rule is to expel those who do not play well in the house, and that those who do not qualify are still at the house because of people like you. 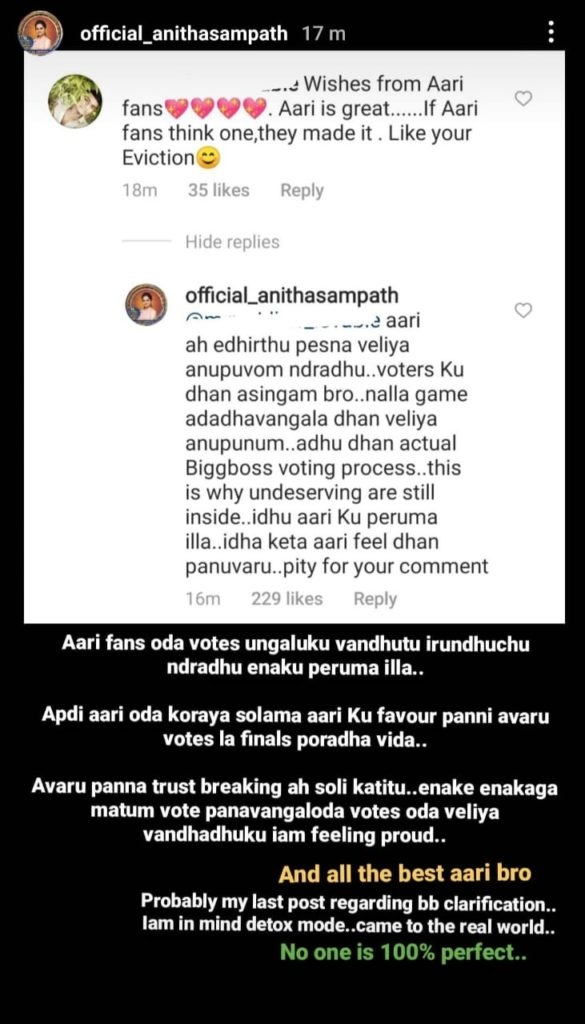 Anitha Sampath has similarly responded that she is saddened to hear Aari fans’ opinions. She is not proud to say that the Aari’s fans’ vote came to her, that she would be proud only if the votes came for her gameplay. She also added that she’s proud to be true to those who voted for her by pointing out her strengths rather than going to the finals with Aari’s fans’ support.