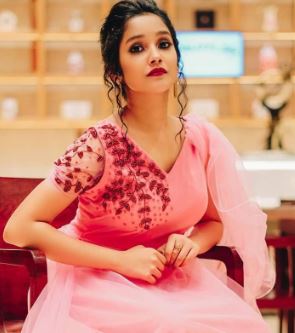 Anikha Surendran also simply known as Anikha is an Indian actress known for her work in the Malayalam film industries. Her first movie was Chotta Mumbai. She made her official acting debut in the Malayalam film Kadha Thudarunnu (2010) and gained popularity in other major films, including the Tamil films, Yennai Arindhaal (2015) and Viswasam (2019) both alongside Ajith Kumar.

She began acting at the age of one and a half, playing a part in Mohanlal starrer film Chotta Mumbai. While studying in class 2, Anikha played a prominent role in the hit film Katha Thudarunnu directed by Sathyan Anthikad in the year 2010. Anikha made Tamil debut in Gautam Vasudev Menon’s Yennai Arinthaal in 2015 alongside Ajith Kumar.