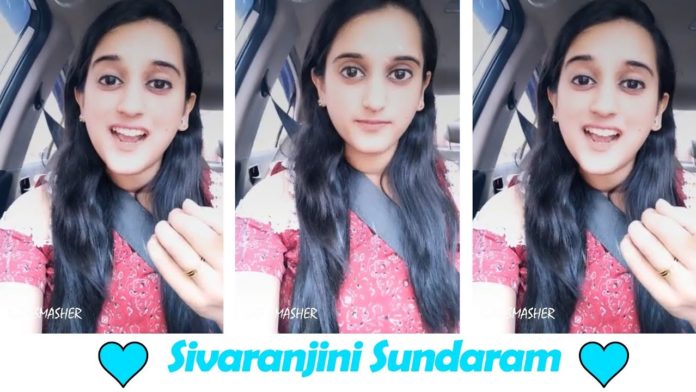 Anchor Sriranjani of Vijay TV and an actress who has acted in serials, has posted a video of herself taking a happy bath in the waterfall on her Instagram page. This video is going viral.

Sriranjani has hosted several shows, including ‘Kalakkapovadhu Yaaru’ on Vijay TV. She fell in love with Amit Bargav, who starred in a few series, including ‘Kalyanam Mudhal Kadhal Varai’ and ‘Nenjam Marapadhillai,’ and married him with the consent of her parents. The Bargav-Sriranjani couple gave birth to a beautiful baby girl in 2019.

It is noteworthy that Sriranjani has been active on social media though she has not made many headlines on TV after marriage in this position. In this situation, Sriranjani has posted a video of herself taking a happy bath in the waterfall on her Instagram. It is noteworthy that the comments and likes for this video are accumulating. The caption for this video is ‘There are a lot of places to see in this world. We have to start somewhere, ”Sriranjani recorded.

It is noteworthy that Sriranjani’s husband Amit Bargav is currently starring in the series ‘Mrs. Hitler’ which is being aired on Zee Tamizh channel.