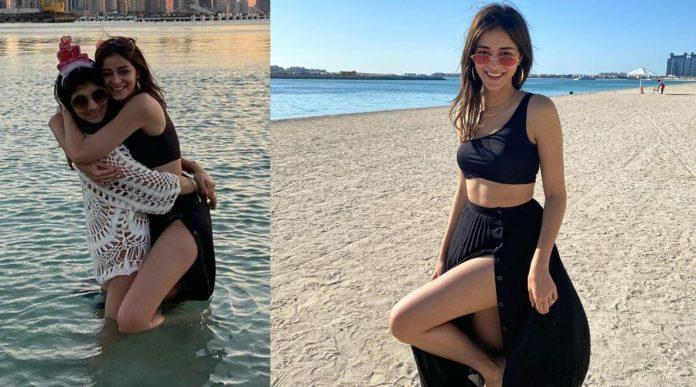 After the success of the film Pati Patni Aur Woh, Ananya Pandey is enjoying a vacation in Dubai (Duabi) these days. Ananya Pandey, who has won everyone’s heart with her glamorous look in the film, is also seeing a very hot style in real life. In fact, many amazing pictures have come out in Ananya Pandey’s black dress. Which is becoming increasingly viral on social media. These pictures have been shared by Ananya herself from her Instagram account.

If you are standing on the edge of the sea, then standing in water, Ananya has given many wonderful poses one after the other. You also see these amazing pictures of Ananya. Also read: Interview: Ananya Pandey spoke on the news of relationship with Karthik Aryan, gave a big statement

as long as I have you, I know I’m gonna spend the rest of my life smiling ?? happy bday princess Dee, ur my sunshine ❤️ #DeeXB #Dee21

Let us tell you that Ananya stepped into the box office from the film Student of the Year 2 this year. This film of Ananya with Tiger Shroff and Tara Sutaria could not do much. But her second film husband and wife came this year and Ananya has tasted success. His film with Karthik Aryan and Bhumi Pednekar received much acclaim. This film is still holding the box office. The film has so far earned close to Rs 77 crore.