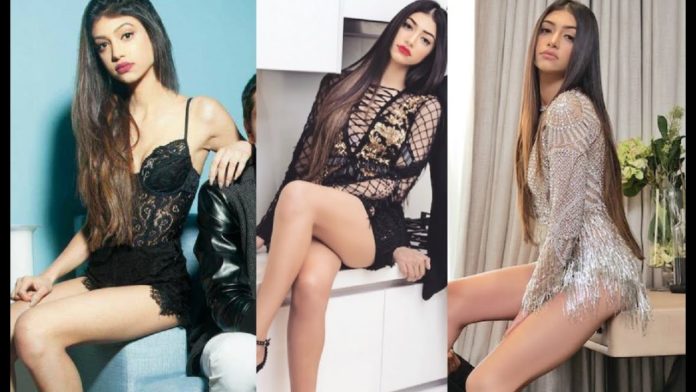 Bollywood’s young actress Ananya Panday has created her own identity. Ananya is the daughter of popular actor Chunky Panday, and she is earning a name in films just like her father. Like Ananya, her cousin Alanna Panday also wants to be a name in films, but she has not got any big opportunity so far.

Alanna is a social media sensation, and she is also very active on Instagram. Even though Alanna is not getting opportunities in films, but she remains in the news through photoshoots.

Alanna is the daughter of Chikki Panday, the elder brother of Chunky Pandey and her mother is a celebrity fitness trainer. Alanna is just 22 years old but keeps making a stir with her bold photoshoot.


Alanna openly shares all kinds of pictures and videos from her boyfriend to liplock. Apart from being glamorous, Alana is also very bold. She remains in the news for her bikini photoshoot.


Alana’s brother Ahaan Panday is going to debut in Bollywood soon. Talking about Alanna, she is a famous model who has done cover shoots for many magazines.