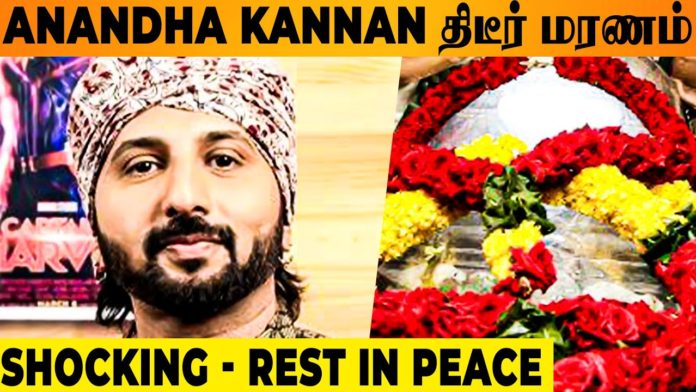 Famous Sun music anchor VJ and actor Anandha Kannan have passed away. A Singaporean Tamil, he played the lead role in the series Sindhubad on Sun TV. In the 90s, he became very popular among children and youth. It is reported that the actor-VJ Anandha Kannan died due to cancer.

He used to teach the rural arts of Tamil culture through workshops. He has created many popular TV shows in Singapore. Ananda Kannan also appeared on Indian television in the 1990s.

Singaporean celebrities and Indian film personalities have been mourning his death on their social media pages. Singaporean celebrity Mr. Vadivazhan has recorded their deep grief. He mentioned on his Facebook page that Singapore had lost a great Tamil artist.

Mr. Vadivazhagan has praised Ananda Kannan as the person who showed his ability by going to Tamil Nadu from Singapore. He had mentioned in his post that even if Anandak Kannan disappears, he will still be in the fans’ minds.

Venkat Prabhu, the famous film director of India, paid homage to Anandha Kannan. He mentioned in his Twitter post that he had lost a wonderful friend and a kind man. Many people on Facebook, Instagram, and Twitter are mourning the death of Anandha Kannan.

Film director Venkat Prabhu has expressed his condolences over the death of Ananda Kannan. On Twitter, he posted, “Ananda Kannan, the best friend and the best man is not here today. May his soul rest in peace. My deepest condolences.”

A great friend a great human is no more!! #RIPanandakannan my deepest condolences pic.twitter.com/6MtEQGcF8q

#RIPanandakannan is trending on Twitter, with many fans offering their condolences. He is very popular among ’90s Kids’ and was considered a unique talent in the 90s with his quirky VJing shows. He is even considered to be an inspiration for present generation VJs.