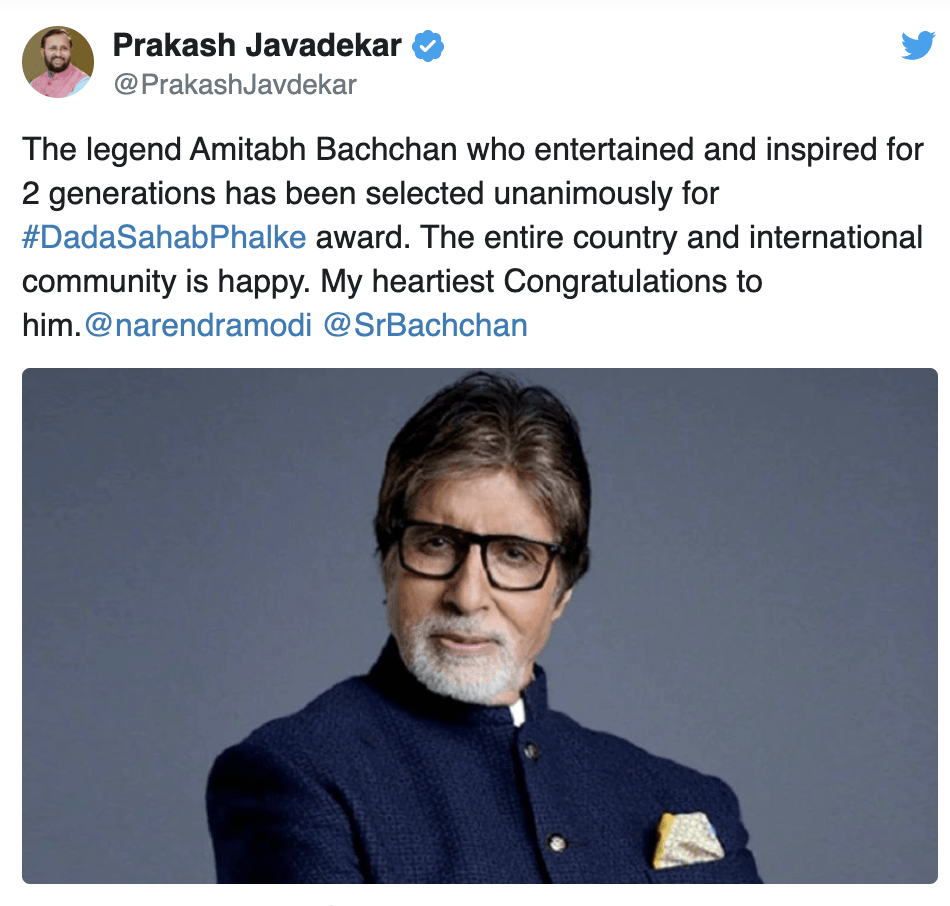 
Amitabh Bachchan has received many awards before this. He has received three National Film Awards and 12 Filmfare Awards three times. By the way, this award in Indian cinema has been awarded to veteran actors like Gulzar Saheb, Pran, Vinod Khanna, Prithvi Raj Kapoor, Raj, Kapoor Lata Mangeskar, Dilip Kumar for their contribution to Indian cinema. Now the name of Amitabh Bachchan has also been added to this list.

Bollywood superstar Amitabh Bachchan will be honored with the Dadasaheb Phalke Award. Information and Broadcasting Minister Prakash Javadekar has given this information. Through social media, Union Minister Prakash Javadekar said that Amitabh Bachchan has entranced and inspired two victims. This time Dadasaheb has been selected for the award. The whole country and international community is happy to hear this. My heartfelt congratulations to them.

The Dadasaheb Phalke Award is an annual award given by the Government of India. It is specially given for the contribution made in Indian cinema. Let us talk about the beginning of this award, it started in the year 1969. In this award, an amount of one million is given along with Swarna Kamal. For the first time this honor was conferred on actress Devika Rani.

The legend Amitabh Bachchan who entertained and inspired for 2 generations has been selected unanimously for #DadaSahabPhalke award. The entire country and international community is happy. My heartiest Congratulations to him.@narendramodi @SrBachchan pic.twitter.com/obzObHsbLk