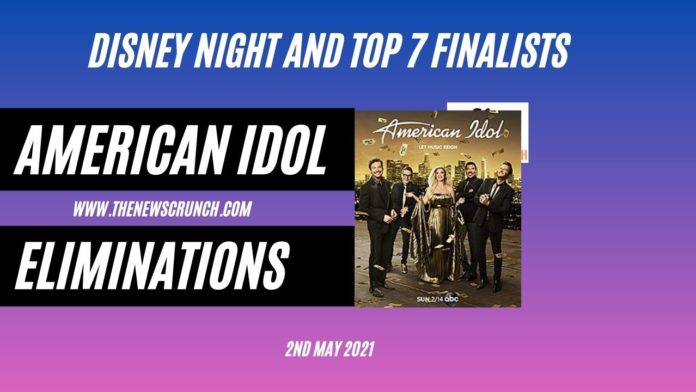 American Idol 2021 returns with another riveting episode on Sunday night. As the competition toughens, the special episode on Sunday will be a tribute to the blissful Disney music. The Disney Night on American Idol will feature the performances of the top 10 contestants. The elimination of suspense will take the audience by surprise towards the end of the episode.

Sunday's #AmericanIdol #DisneyNight song list! Who do you ✨wish✨ would sing each one? pic.twitter.com/dCvZhsexNF

The episode on Sunday will feature nine contestants from the American Idol 2021 season. However, one of the contestants will be a blessed singer who competed in the ‘American Idol’ Comeback show.

The episode will feature three special guests and most importantly, the best of Disney music from the talented bunch of top 10 singers. The episode will be telecasted between 8-10 p.m. on ABC on Sunday, the 2nd of May 2021. Celebrity mentor John Stamos will grace the occasion while Caleb Kennedy will provide yet another promising performance.

Kennedy sang the hit song, “On the Road Again” to seal his way into the top 9 of American Idol 2021

The winner of the American Idol Comeback Show will be announced during the episode. However, the winner will get the coveted opportunity to enter into the top 10 of American Idol 2021.

American Idol 2021 voting lines will open on Sunday during the episode. The live voting procedure to support your favorite singer is as follows:

American Idol 2021 Voting and Elimination Updates: Mother’s day Special, Who Will Be Eliminated With Least Votes?