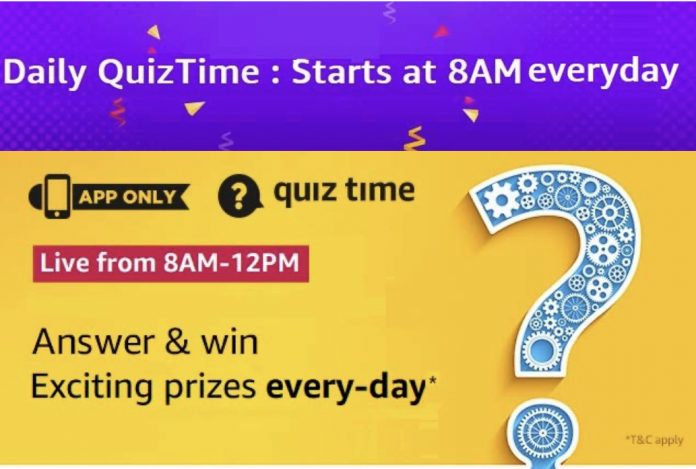 We will be helping with answers to all the Amazon Daily Quiz puzzles during Daily QuizTime between 8am to 12pm. These quiz starts at 8am everyday. Here are the answers to Amazon Quiz for Monday January 20 2020. This Amazon Daily Quiz Time Contest Is App Only & Amazon Quiz Question & Answer Start At 8 AM & Close At 12 PM. Guys, We Will Provide Answers At Sharp 8.01 AM And It Is faster than Other websites and hence it will help you to post your answers in the app easily and as soon as possible. This may increase your chance of winning.


How To Participate In Amazon Daily Quiz 20th January, 2020

Question 1 : Which city will play host to the 2022 Commonwealth Games (though there is a proposal to stage archery events in India) ?
Ans :- Birmingham
Question 2 : Which film won the ‘Best Motion picture- drama’ award in the Golden Globe awards 2020?
Ans :- 1917
Question 3 : The Kolkata port has recently been renamed after which Indian politician?
Ans :- Syama Prasad Mukherjee
Question 4 : The Delhi-Udaipur Express train is named after which famous horse? (Hint: It was ridden by Maharana Pratap in battle and by millions of Indians as a scooter in the 90s)
Ans :- Chetak
Question 5 : Which country recently launched the world’s largest radio telescope ‘Sky Eye’ to hunt for extraterrestrial life?
Ans :- China