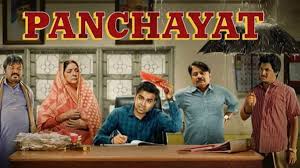 The first time Amazon Prime Video and TVF collaborated they created a huge success with Hostel Daze. This time around both revealed that their second series collaboration would be called Panchayat. This series is a comedy drama that follows an engineering graduate who opts to work in a remote village. The plot follows Abhishek Tripathi which is played by Kota Factory and Shubh Mangal Zyada Saavdhan fame Jitendra Kumar. Due to there being less job opportunities he ops for being a secretary at a village panchayat. The remote village is called Phullera, a tiny Uttar Pradesh village. It lacks electricity and moreover boundaries. Abhishek finds it challenging to adapt to this lifestyle and he wants a better paying job. His supportive friend suggests that he should apply for CAT if he aspires to get a job in a metropolitan city. Abhishek takes this suggestion seriously and struggles to study for the exam owing to the external pressures coming his way. Panchayat is written by Chandan Kumar and is directed by Deepak Kumar Mishra. All eight episodes of the series would be streaming on Amazon Prime Video from April 3rd 2020 onwards.

The trailer of Panchayat begins with Abhishek (Jitendra Kumar) complaining to a friend that he will receive a meager salary of Rs 20,000 as a secretary at a village panchayat. His friend, whose character name is unknown (Biswapati Sarkar), tries to get him to take up the job saying that he will be able to have an adventure at a young age and that he’ll experience rural India in flesh and blood. Abhishek has no interest in whatever he says but takes up the job nevertheless. While in the village he is introduced to the village head Manju Devi (Neena Gupta) and her husband Brij Bhushan Dubej ( Raghubir Yadav). Brij wants to offer Abhishek a room at their house but Manju is against this as they have a young daughter at home. Abhishek would be a good match for their daughter since he is the same caste as them but the problem is that his salary is too less.

Abhishek begins to uncover the problems of village life. The community being close-knit makes his work double as well as gives him more responsibilities than he wishes to have. When he reaches his breaking point, Abhishek talks to his friend who advises him to clear CAT- Common Admission Test. This test would be his only way out of the village and would allow him to join a post graduate management course. Abhishek’s preparation for the test is met with many challenges since the electricity of the village is not constant. Gradually, he decides to install a dozen solar panels in the village. This action calls for scrutiny.

Panchayat revolves around Abhishek Tripathi, an engineering graduate who opts to work in the remote village of Phullera as he lacks a better, high-profile and better paying job. This village possesses no constant source of electricity and what makes the stay is unbearable because people do not respect boundaries. Abhishek finds it difficult to adapt to this kind of lifestyle. His friend suggests that he should study for CAT if he wants to acquire a better job in a city. Abhishek takes this suggestion seriously and begins his preparations in all earnestness. But problems arise due to the lack of constant electricity and the snoopy village folks.

Panchayat boasts of an amazing cast. Each character is immensely skilled and dives deep into the skin of the character. In addition to Jitendra Kumar, Neena Gupta, Raghubir Yadav, Panchayat also stars Chandan Roy as office assistant Vikas, and Faisal Malik as Prahlad Pandey. Sarkar will have a guest role alongside newcomers Subendhu Chakraborty as Mangal, and Sushil Tondon as Bhindeshwar.

How to Watch Panchayat?