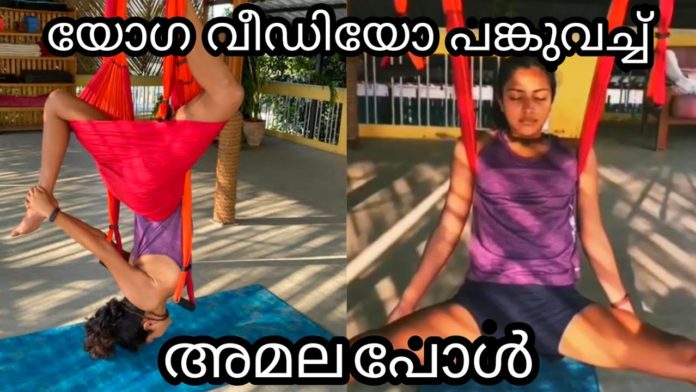 Amala Paul, who has been posting glamorous photos and videos on social media, including from time to time in this regard, has recently posted a photo of herself doing yoga as she hangs upside down on a cloth. She also recorded a video of herself doing yoga while sitting on the couch, and this posture has shocked her fans.