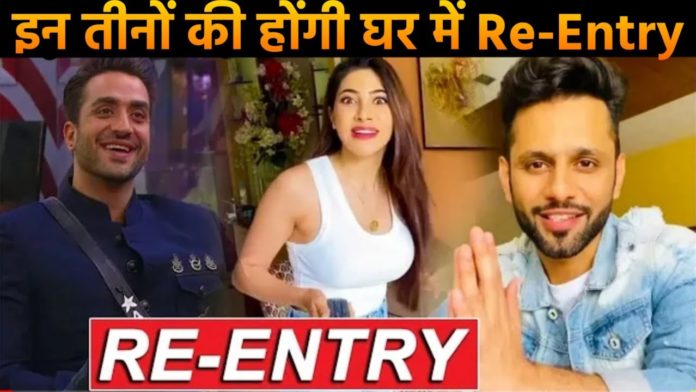 Makers are leaving no stone unturned to make Bigg Boss 14 fun. Recently, to make this game show even more fun, the makers have called six new challengers at home, which includes stalwarts such as mastermind Vikas Gupta, Kashmira Shah, Arshi Khan, Rahul Mahajan, and Manu Punjabi. The makers have also called Rakhi Sawant in the game show. However, Rakhi Sawant’s entry has not been done in the house yet.

Meanwhile, information is coming out that the producers are preparing to bring Aly Goni in the house, giving the audience a big twist. Aly Goni had to leave the house due to a task he lost. Jasmin Bhasin and Aly Goni were both losers in this task, in which they had to decide with mutual consent who would go home. After which, Aly Goni was dismissed from the game show.

Now, if not according to the latest information, soon, but very soon, Aly Goni will re-enter the house. According to media reports, Aly Goni is going to be seen in the house only on 9 December. Not only this, but Nikki Tamboli is also discussed in the game show. Not only this, but Rakhi Sawant is also going to hit a banged entry in the house. Because of which the lost enthusiasm in the audience about this game show can return.

It is worth noting that Aly Goni and Jasmin Bhasin are excellent friends. Recently, during a conversation with Kashmiri Shah, the TV actress revealed that both are in an affair and have been dating each other for 3 years. It’s known that recently Kavita Kaushik, Aly Goni, Nikki Tamboli, and Rahul Vaidya were evicted from this game show. But according to speculations, now soon you can see them again in the game show.