The Bigg Boss house is also seen as the Cupid’s home where we find a lot attraction and romanticism from the contestants. In the current season Kavin has been playing the role of the charming boy who has made some of the best moments with the ladies in the house. His interests have been equally proliferated in various directions. The 29 year old actor is the real chocolate boy in the house for now.

Kavin was born in Tiruchirapalli, Tamil Nadu on the 22nd of June 1990. He has done his schooling from Tiruchirapalli and pursued undergraduate degree in Chemistry from Loyola College Chennai. He was born to Mr. Pradeep Raj and Mrs. Marry.

Kavin started auditioning for TV and film projects from his college days. His first attempt was to audition for a RJ hunt for an FM channel. Later on he joined the acting workshops and tried his metal at the Star Vijay. After a lot of struggle he made his debut in the TV show called Kana Kaanum Kaalangal. The debut movie of Kavin was called Pizza. He was seen contributing to both the screens. Kavin has also hosted the Vijay Television Awards 2017 as well as reality shows such as Kings of Dance Season 2.

The favourite actor/ idol for Kavin is the one and only Rajnikanth. He is a food lover and never says no to mutton biryani. In his free time he likes to watch cricket and his favourite player is Sachin Tendulkar. He likes to watch movies such as Fast and Furious, The Hangover and 3 idiots. When it comes to books, he likes to read books of genres such as The Devil wears Pranda. 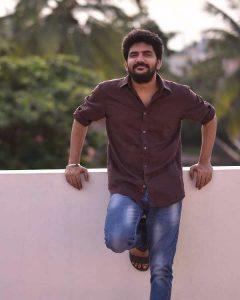 The Unknown Facts about Kavin

Kavin loves travelling and exploring new places. He follows a non-vegetarian diet strictly. He is always ready to try new dishes especially Biryani. The first gift that Kavin gave to his mother was a Saree. He earned the money for it by working at a CD shop. In one of his interviews he has revealed that he can continuously sit for 4 days at the theatre and watch movies. He is a true fan of cinema.

It is hard to escape the clutches of rumours and controversies if you are both talented and good looking in the industry. There are a lot of rumours floating on the web currently about Kavin’s engagement. Right from the beginning of the season words were spread about him going in a relationship with Sakshi Agarwal (one of the co-contestants). In the show as well he turned away Abhirami’s proposal. While the boy is in the buzz we can expect some good entertaining moments while he is in the show. Kavin has quite a few projects lined up and let’s see what he has for the fans in future.