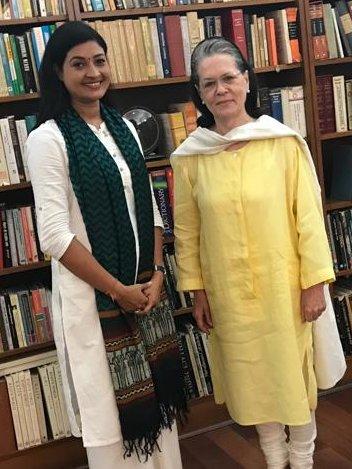 
Alka Lamba took a dig at Aam Aadmi Party spokesperson Saurabh Bhardwaj, who said that the party would accept her resignation on Twitter as well. Alka Lamba tagged party convenor and Delhi Chief Minister Arvind Kejriwal, saying that as per your wish, your spokesperson had shown arrogance that he would accept my resignation on Twitter too. Therefore, accept resignation from the primary membership of the party in Twitter. She said that the Aam Aadmi Party has now become a one man party.

The time has come to say
"Good Bye" to #AAP and to resign from the primary membership of the Party.
The past 6years journey was a great learning for me.

Talking about the political career of Alka Lamba, she remained with the Congress for 20 years before joining the Aam Aadmi Party. On the previous day, Alka Lamba announced that she wants to stay away from the Delhi ruling party and she will now contest the upcoming assembly elections as an independent. Everything was not going well between Aam Aadmi Party and Alka Lamba for some time. She was seen openly opposing many issues with the party.

In the 2019 Lok Sabha elections, Alka Lamba strongly criticized the Aam Aadmi party for its disappointing performance. She had sought accountability for the defeat from Delhi Chief Minister and party chief Arvind Kejriwal in the general election.