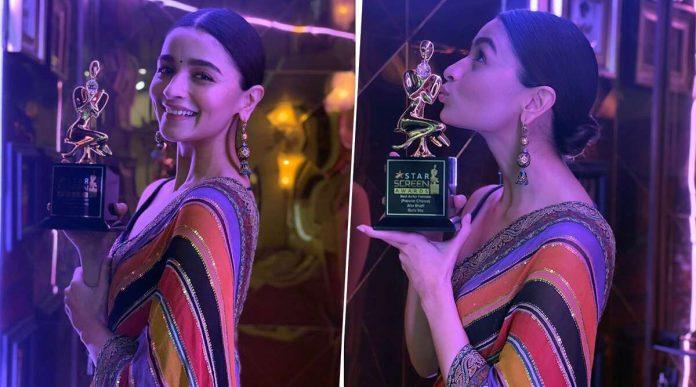 Alia Bhatt named the Best Actress Trophy at the Star Screen Awards 2019 due to her outstanding performance in the film ‘Gully Boy’. At the same time, Ranveer Singh also received the Best Actor Award for his work in this film. Now a new debate has started on social media after Alia won the award, due to which a video of her which is becoming viral on social media from the backstage of this event. Also Read: Star Screen Awards 2019: Ranveer Singh’s Galli Boy and Ayushmann Khurrana article 15 created a boom in the Star Screen Award

While sharing this video, it was said that Alia had posed for the media with the award even before the start of the award event. It is being said that this award for Alia was already fixed.

Kangana Ranaut’s sister Rangoli Chandel has once again targeted Alia while commenting on the video shared on Twitter. Rangoli wrote on Twitter, “Let’s have so much honesty that this work is done in secret, not in front of everyone, it is nice that something is left inside which is still stopping.”

Here is Alia Bhatt walking away with her Best Actress Award (backdoor exit) before the actual show began.
https://twitter.com/rangoli_a/status/1203826031284477952
Let us tell you that in this viral video of Alia, a woman is heard urging Paparazzzi not to share her photos immediately, on which the photographers also agree. Alia is now accused of award fixing for this video. At present, there is no statement from Alia and her team about this.