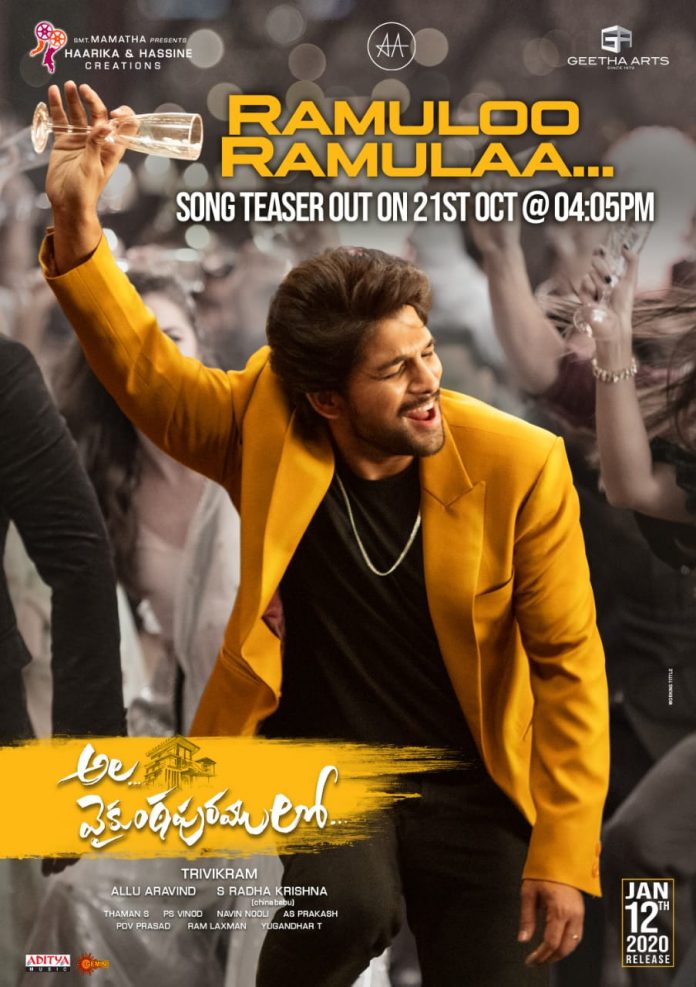 The film crew for Ala Vaikunthapuramloo has released the teaser for the second song, “Ramuloo Ramulaa” video, which will be star Allu Arjun and Pooja Hegde. The duo starred earlier in the Duvvada Jagannatham movie. They also entertained the audience with a melody song called Badililo Badiilo in the movie Djee. The sensational duo of Allu Arjun and Pooja Hegde are ready to hit the theaters once again with the latest Ala Vaikunthapuramloo.

“Samajavaragammana” was the first song to be released from the movie. The song received a lot of accolades.

The lyrics of Ramuloo Ramulaa song will be updated soon.