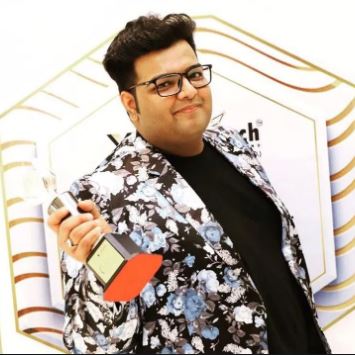 Akshay Kakkar is an Indian Tik Tok star, Dancer, and social media influencer who gained a huge fan following through Tik Tok. He makes short dance, lip-syncs, comedy videos on Tik Tok. He is also known in the name Shezaada Akshu Kakkar. With 4.5M+ followers on TikTok, Akshay Kakkar is considered as one of the popular TikTok stars in India.

Bollywood actress, Sunny Leone made her first duet on TikTok with Akshay Kakkar. Currently; he is seen as a participant in the 2nd season of popular MTV channel’s show “Ace of Space S2”, hosted by Vikas Gupta.