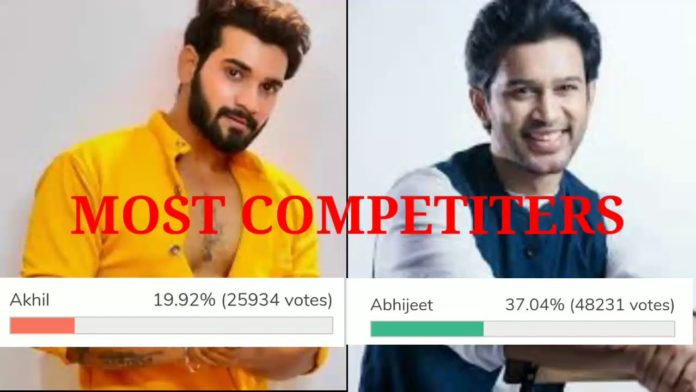 Bigg Boss Telugu season 4 is just ten days away fron grand finale as we are in the 14th week now. With just six contestants remaining things have become seriously heated up in these two weeks. While Abhijeet is expected to win the title as there is a huge fanbase for him who are willing to vote and support him online.

Also Akhil Sarthak has similar fan following and the fight between Akhil and Abhijeet will decide the title. Some netizens are predicting that Abhijeet would win the title whereas few others are saying that the final winner would be Akhil Sarthak.

From the beginning Abhijeet occupied a special place in fans mind. The triangular love story between Akhil, Monal, and Abhijeet, has become the talk of the town. Now, some of the netizens are calling Akhil ‘Pulihora Raja.’ They are mostly Abhijeet’s fans.

Earlier, Avinash was called the ‘Pulihora Raja’ in the house,, but now the tag was given to Akhil Sarthak. If we look at the recent episodes, it is clearly visible. One could see him flirting with Ariyana and Harika. In one of the episodes, he hugs Harika and tries to kiss her. In another scene, Akhil’s interaction with Ariyana is so cool,, and literally, he is seen flirting with Ariyana. Here are some of the tweets. Just look at them.