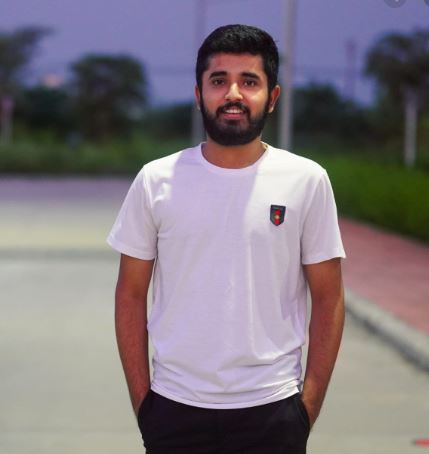 S Ahmed Meeran is a Singer, Digital content creator and Social media influencer from Port Blair, who predominantly creates content in Tamil language in social media platforms like Instagram and YouTube. He is popularly known for his troll vines and roast videos in Instagram. He is the first ever-popular social media content creator from Andaman and Nicobar Islands. Currently, he is one of the fastest growing Social Media Content Creators in Tamil Language.

In the year 2018, Ahmed started posting singing videos in his Instagram. Later he started posting comedy troll and roast video contents on his Instagram. His profile got a big boost once he started creating Troll contents on the popular TV Reality show Bigg Boss Tamil Season 2, in 2018. His Instagram profile ahmedmeeranoffl is being followed by more than Two Hundred Thousand people.
He was formerly an active TikTok user with hundred thousand plus followers where he posted his vines and trolls but later shifted purely only to Instagram as TikTok started to lose credibility in India.
He started posting videos in his YouTube channel Ahmed Meeran recently and his channel is being subscribed by over 27 thousand YouTube users.
A series called “TikTok Vaasigal” on his Instagram profile, in which he roasts Weird TikTok videos, is one of the most popular and highly received Instagram Series among Tamil Instagram Users. It became so famous that, even some YouTube channels claimed fame from those videos.
His recent music collaboration Tamil vs Telugu Mashup with a popular YouTube Independent Musician was highly received by over a million people in a short span of time.