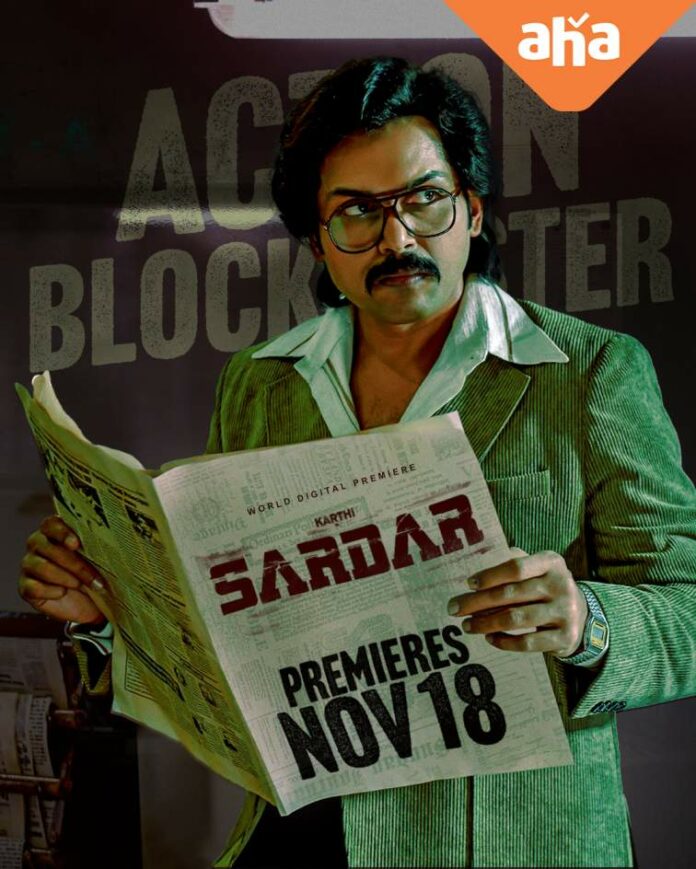 “Once upon a time, there lived a ghost…he is not a myth anymore.” The Sardar film revolves around the same line as Vijay Prakash (Karthi), a publicity-hungry cop haunted by the spectre of being a traitor’s (myth ghost) son. When Samira (Laila), an activist campaigning against privatisation of water bodies mysteriously, he tries to find out the killers only to realise a complex web of lies and deceit that has put the nation in danger. And the only man who can stop Rathore, an evil businessman (Chunky Panday), and his nefarious plans is his superspy father (myth Ghost/ Karthi), who is living in exile.

Karthi who plays the dual role in the film Sardar said, “Being part of an enigmatic story was the biggest lucrative reason for me to be part of Sardar. I knew we were making something special and huge which was elevated with the audience’s warm and tremendous reception. I am excited that now a whole new base of audiences will view the film in Tamil and Telugu on aha.”

From Dili in Khaidi to playing the dual role in Sardar, Karthi has succeeded in charming the audiences with everything he does! Over the years, he made fans across age groups fall in love repeatedly with his mesmerizing appeal and action moves. This weekend, aha calls for a celebration to help all Karthi lovers cherish some of his iconic characters and films!

Mark your calendars right away and don’t miss out on Sardar to witness scintillating performances of the actors starting from 18th November in Tamil and Telugu only on aha!