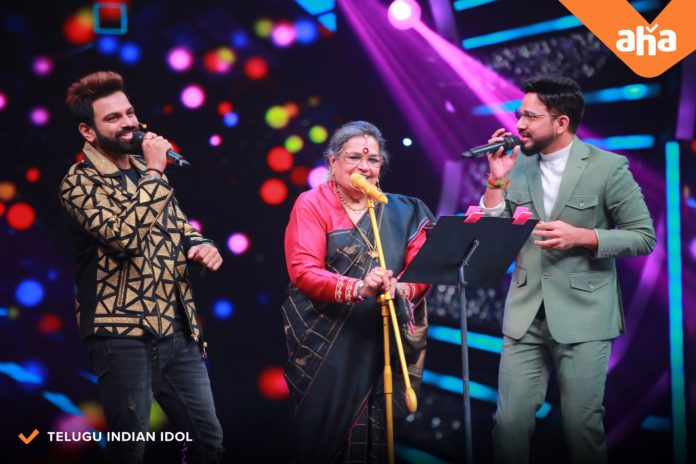 Hyderabad, 2nd June: Aha’s Telugu Indian Idol, the world’s biggest musical show, is set to conclude the first season to witness the most-deserving top six participants competing for the coveted title. After running through 15 weeks, the much-awaited last voting round will unfold on 3rd June. So far, there has been an overwhelming response from the Telugu audience across the world that leads to the battle of the year exclusively on aha at 9 PM.

Voting for the season’s competitors starts on 3rd June and continues till 6th June until 6 AM. This is the last chance for the viewers to vote and make their favourite contestant win the title of first Telugu Indian Idol.

This week, to entertain the audience and motivate the contestants, the legendary singer Usha Uthup will grace with her presence at Telugu Indian Idol and mesmerize the viewers along with her ardent series fans with her phenomenal voice.

So, don’t miss watching Telugu Indian Idol, and yes, do start the voting to make your favourite participant win the title.