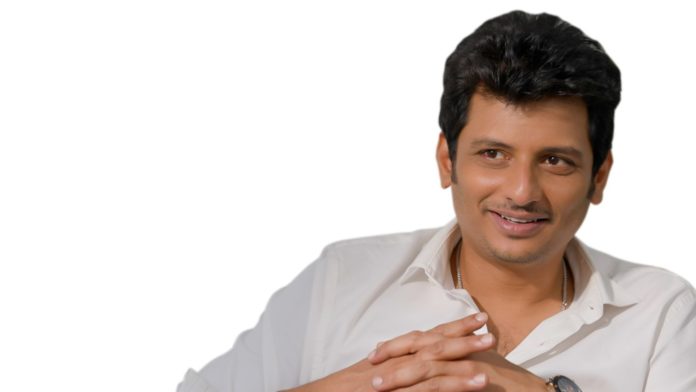 Chennai, 29th August: What happens when you put celebrities in Kollywood along with the Boss Man of the games? Fireworks, fun and crackling chemistry, of course! And that’s precisely what viewers will witness in the battle of wits between Jiiva and the celebrities in aha’s original game show – Sarkaar with Jiiva. The novel format will feature four stars every episode, and to know how Jiiva will play with them, stay tuned to aha Tamil. With the Tamil version on the anvil, Sarkaar is a show that commands unparalleled success and popularity in aha Telugu. With the thunderous response received in Telugu, the Tamil viewers are just a few days away from the digital premiere of Sarkaar with Jiiva.

Known for a filmography filled with immortal characters, the highly appreciated actor Jiiva is set to take his next leap in entertainment as he associates with aha Tamil to host the show. Jiiva, who has become a household name across the country as an actor and entertainer, guarantees a generous dose of entertainment, friendly banter and laughs along the way. As he embarks on a journey to explore the new format, viewers will see him in an all-new avatar in the upcoming game show.

Ever since its inception, aha Tamil has aimed to provide viewers with entertaining and relatable content. With a lot of focus on driving the entertainment quotient, the 100% regional OTT platform has released quite a few intriguing web series such as AkashVaani, Ammuchi 2, Kuthukku Pathu and Emoji, among others. Changing the landscape of reality shows, aha Tamil is set to foray into the Non-fiction genre. The game show presents some of the most popular stars sitting in the hot seat, allowing Jiiva to play with them and stand a chance to learn and win something big on Sarkaar with Jiiva. Are you all ready to watch him play?

Sharing his excitement, Jiiva said, “Exploring new formats is always challenging, but it’s great as I love taking challenges head-on. I’m an avid fan of game shows; the concept has always been intriguing, and I knew there was no other platform than aha Tamil to start my journey as a host for a game show.”

Announcing this first-of-its-kind gameshow in Kollywood, Ajit Thakur, CEO, aha, said, “Entertainment, when done with a sense of purpose, can be a powerful tool that can break cynicism and bring about happiness. We have always strived to inspire a billion imaginations while working toward giving our audience something new and exciting. And for Sarkaar with Jiiva, we are happy to collaborate with Mr Jiiva on a project which is so special as we foray into this new genre.”

Launched in 2020, aha is an Indian video-on-demand streaming service that provides 100% local entertainment.  It started out with a 100% Telugu OTT and witnessed great success across the world with its extensive content slate that includes original programming of web series and movies, with a new release every Friday. Fulfilling its promise of 100% Local entertainment, aha has recently launched aha Tamil which has 100% Tamil Web series and movies. Aha is owned by Arha Media & Broadcasting Private Limited, a joint venture by Allu Aravind (Geetha Arts) and My Home Group. Aha creates original Telugu content across various formats, including movies, web-series, and non-fiction shows.