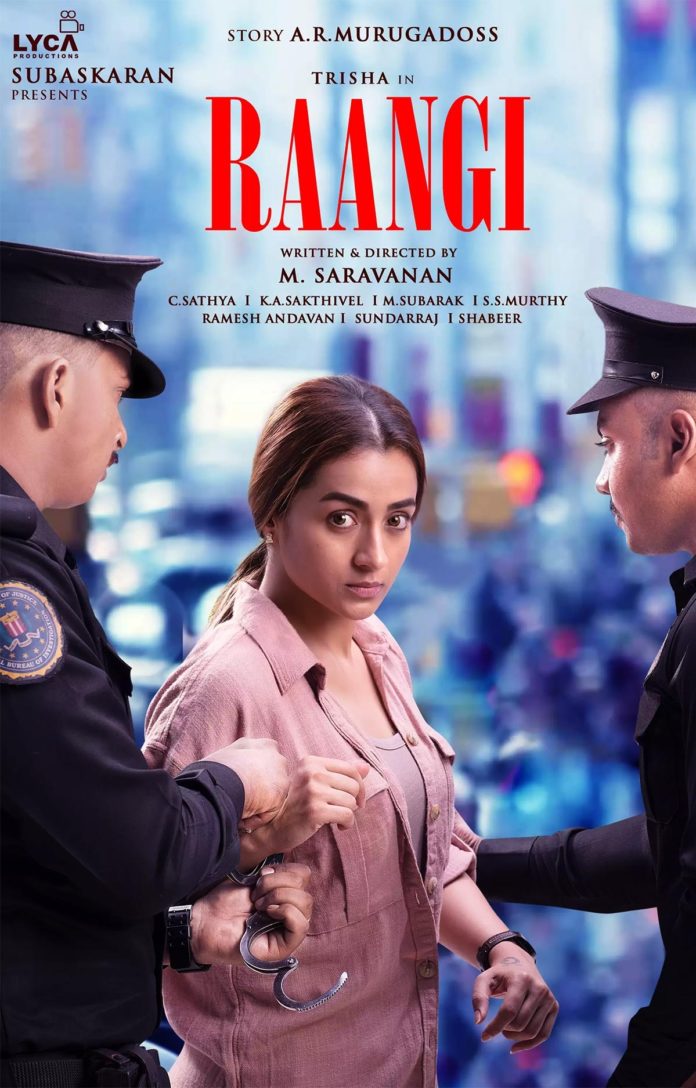 It is known that Trisha’s movie ‘Paramapatham Vilayatu’ was released on OTT on April 14, the Tamil New Year. The film, which starred Trisha, Nandha, Richards, and Velaramamoorthy among others, was well received by the fans.

It has been reported that Trisha’s next film will also be released on OTT. ‘Raangi’ is one of the films that Trisha has been making and ready for release for a long time. The film is said to be releasing on OTT and talks about it are almost over.

The teaser of the film, which has a storyline with an emphasis on the heroine, was released a year ago and was very well received. It was revealed from the teaser that Trisha has taken a risk in the action scenes in this film.

Famous Malayalam actor Anaswara Rajan plays the main character in this film. The official announcement of the OTT release of the film, which is being produced by Lyca and directed by ‘Engaeyum Eppothum’ director Saravanan, is expected to be released in a few days.