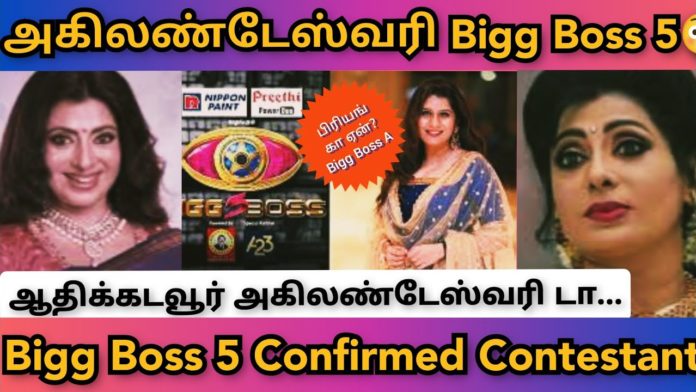 ‘Bigg Boss’ is one of the most popular shows on the iconic screen. The reality show, which has been airing on Vijay TV since 2017, is hosted by Ulaga Nayagan Kamal Haasan. When the show was first launched in Tamil, many negative comments were made. But Bigg Boss is the only show that has received fan support so far.

The 5th season of the show has been delayed due to corona reasons, and now, as usual, a huge house set has been set up at the EVP studio in Chennai, and finishing work is in full swing. Also, while fans were excited about the Big Boss update, the promo video released last August 31 has excited them.

Besides, the show team has released 2 promo videos so far. Some more promos are expected to come out over the weekend. Plus, the much-anticipated Big Boss Season 5 is set to air in the final week of October. That aside, the proposed list of contestants for Bigg Boss Season 5 is crawling the web every day. It featured the names of Cook with Comali Kani, Sunita, Baba Bhaskar, Sarpetta Parambarai celebrity John Vijay, actresses Ramya Krishnan, Myna Nandini, newsreader Kanmani, MS Bhaskar, Lakshmi Ramakrishnan, Dictak GP Muthu, and Shakeela’s daughter Mila.

However, the celebrities on the list have not yet announced their participation in Bigg Boss Season 5. Meanwhile, it was reported last week that model Gopinath Ravi is all set to take part in the Bigg Bash show. However, no information is available on this.