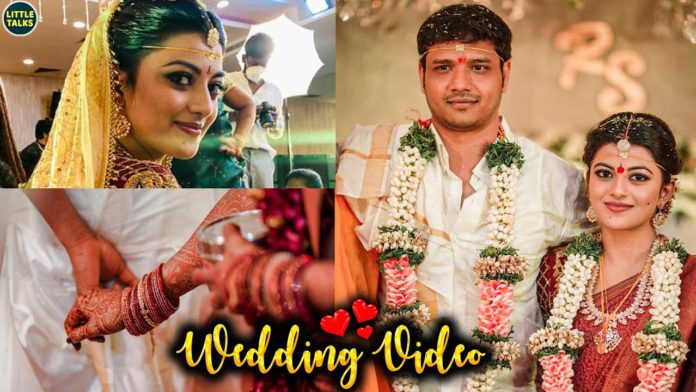 Actress Anandhi made her Tamil debut with Prabhu Solomon’s ‘Kayal.’ She later acted in several films including ‘Chandi Veeran,’ ‘Poriyalan,’ ‘Trisha Illina Nayanthara,’ ‘Visaranai,’ ‘Pariyerum Perumal’ and ‘Irandaam Ulagaporin Kadaisi Gundu.’ He is currently starring in films like ‘Titanic Love Will Pass Away,’ ‘Alauddin and the Amazing Camera’ and ‘Ravana Kootam.’

In this position actress, Anandhi has recently married co-director Socrates. Notably, the groom is the brother of ‘Moodar Koodum’ director Naveen’s wife.

When actress Anandhi said about this marriage, ‘Socrates and I have been in love for four years. We decided to get married after both houses showed the green flag for our love. Accordingly, we got married with the consent of the parents.

I will continue to act in cinema after marriage. My husband has already agreed to that. I am currently starring in four films. I will finish those films and act in new films whenever the opportunity arises. ‘ Actress Anandi’s tweet is currently going viral.

The beginning of new chapter… pic.twitter.com/IwUcet0BsH