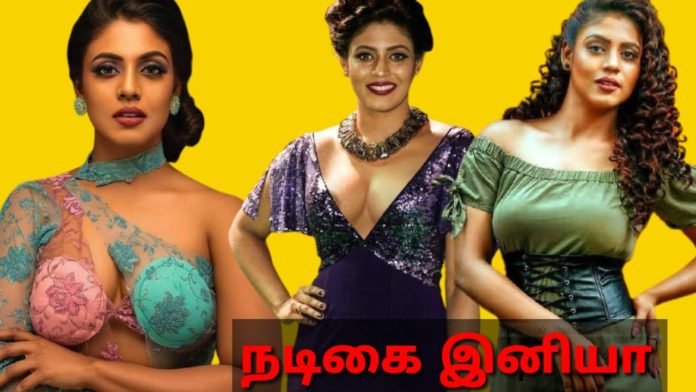 Sruthi Sawanth from Kerala changed her name to Iniya for acting in movies. Ineya made her acting debut in the Malayalam movie Saira.

Her performance in the film Vagai Soodava won her many awards for Best Actress. She last acted in Coffee and Colors. After that, she went without film opportunities in any language.

Thus, she has been conducting a photo shoot and posting those photos on Instagram. The latest photos posted by Ineya have made many people excited. Ineya is wearing a large cross around her neck and is showing a glamorous pose in an orange dress. While the reviews for these photos have risen on the one hand, on the other hand, Netizens have been drooling and filling the comment section with fire, hot, heart emojis.