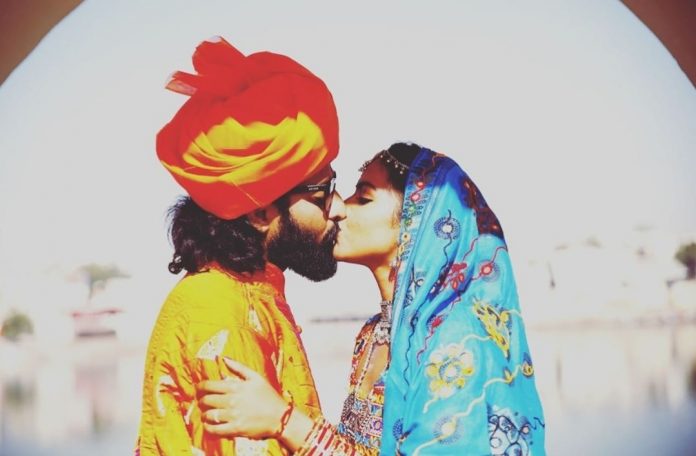 Actress Amala Paul tied the knot with Mumbai-based singer Bhavninder Singh on a secret ceremony. The photos from her marriage has leaked online but there is no official confirmation from Amala Paul regarding her marriage. It must be noted that Amala Paul was earlier married to Director A L Vijay and later they divorced due to difference of opinion.


Actress Amala Paul had said during the promotions of her movie Aadai that she’s in a relationship with a person and that she’ll announce the person herself. Now, it has been revealed that the actress has got married. Bhavninder had captioned the photos as throwback, and has indicated that the wedding which was held in traditional North Indian style was held sometime back. However, later Bhavninder had removed the photos from his Instagram handle.