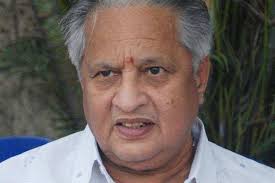 Legendary director and actor Visu passed away. He is known for his family based movies Samsaram Adhu Minsaram and Penmani Aval Kanmani. He is unwell for some time. He is survived by his wife and three daughters.

Visu was noted director and writer in the tamil film industry. He has made a mark in the small and silven screen. He is also a popular face in the talk show arena of Tamil entertainment industry.

Visu’s directorial highlight was with the film ‘Samsaram Adhu Minsaaram’ which was a landmark film of his career. Visu served as the writer, actor and director in the film. Samsaram Adhu Minsaaram won the National award and was popular in the remade versions of other languages as well.
Oomai Vizhigal, Mella Thirandhathu Kadhavu, Vanaja Girija and Nesam are some of his other acting and directorial ventures.
He played prominent supporting roles in superstar Rajini’s films like Mannan, Arunachalam, and Uzhaippali.
Visu directed some films in Telugu as well. Adade Adharam was a remake of Penmani Aval Kanmani.
Visu’s Famous Talk Shows
Visu was a prominent face in every Tamil household. This was majorly because of his compering talent in two mega hit shows called ‘Visuvin Makkal Arangam’ on Jaya TV and Arratai Arangam on Sun TV.

Visu joined the BJP and campaign for the party in Tamilnadu. Some of his films were produced by the AIADMK in the yesteryears.

Visu is survived by his wife Uma and his three daughters named Sangeetha, Kalpana, and Lavanya.