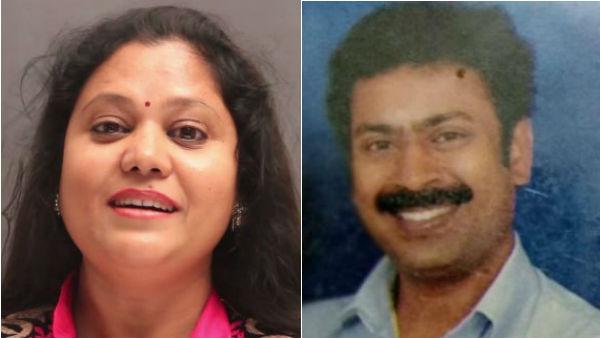 Actress Raghavi’s husband who acted in Vijay’s Once More movie has committed suicide.

Actress Raghavi made her debut as a child star in Tamil cinema. Then Marudhpandi, Vijay starred in Once More and some films. She became popular in small screen tv serial Thirumathi Selvam and Mahalakshmi are popular in the film. Her husband Sasikumar is said to have committed suicide due to debt problems. That is, some reported to the police that the male body was found hanging from a tree in the Jolarpettai area of ​​Vellore district.


The police then inquired about this and informed the actress. Later, Raghavi saw her husband and identified her. When inquired about this, Sasikumar was working as a cinematographer. Due to debt, they say he took the camera from the studio where he worked and pocketed it. It is also said that Mahesh and Sasikumar had a professional problem with him. Mahesh has also slandered Sasikumar. Raghavi has told the police that her husband would have died because of this. Subsequently, Sasikumar’s death is being investigated as a suicide or not.

Actress Raghavi’s husband has been found dead in a sleeping bag near Jolarpet in Vellore district. This newsletter describes the backdrop of slander reported on cinematographers WhatsApp. A male body was found hanging from a tree in the Erikkare tree near the Jolarpettai bus stand in Vellore district. Police seized the corpse and proceeded to investigate.

The identity card seized from his shirt revealed that he was Sasikumar, a native of Lilavati, and the cinematographer of Poonamallee. It was revealed that the hanging of the hanging was the husband of famous icon actress Raghavi after contacting the address.

Actress Raghavi has initially starred in a number of films including Raja Chinna Roja and Maharasan. After marrying cinematographer Sasikumar, she has been working on TV series including Mrs Selvam. The investigation into his wife, Raghavi, revealed that her husband’s suicide was the result of slanderous information circulated in WhatsApp.

Sasikumar has also lodged a complaint at the Virugambakkam police station. The police have also called Sasikumar. It is said that Sasikumar, who was so embarrassed, had left home on the 9th and had not gone home since then.

It was revealed that Sasikumar, who had arrived by train from Bangalore to Ambur the day before the suicide, had taken the Jolar Pettu to the lake and threw him into a tree and sought the tragedy. Husband Sasikumar fell victim to actress Raghavi

One has to think before posting information about someone on social media such as Facebook WhatsApp, which is evidence that slanderous news can cause some people to get upset and get on with life.