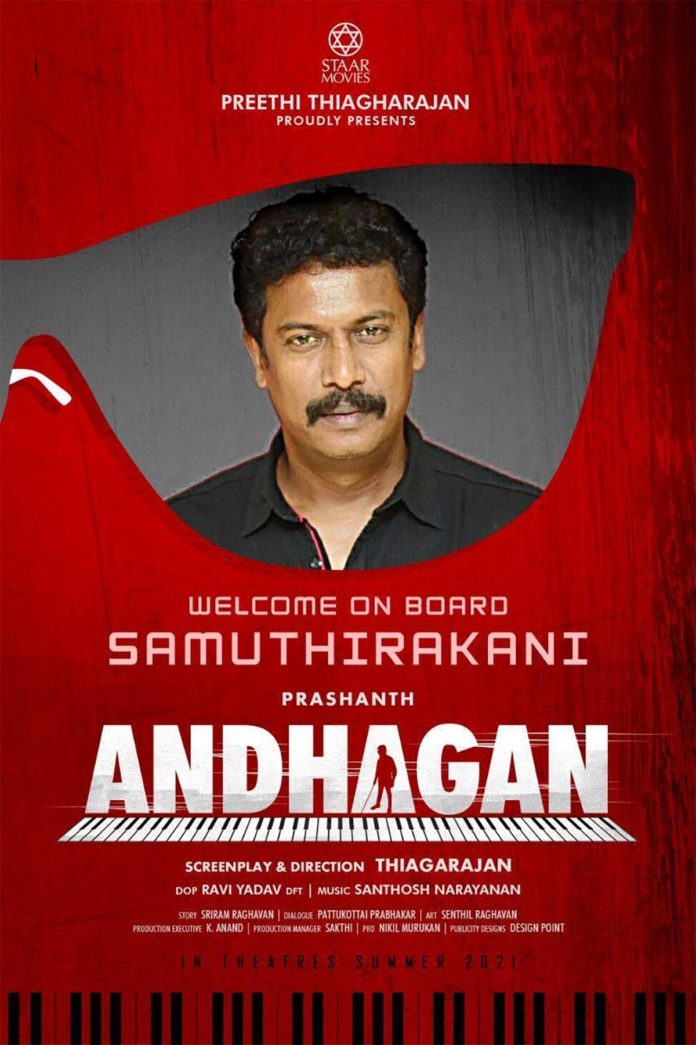 Filming of the Tamil remake of the Bollywood super hit ‘Andhadhun’ titled ‘Andhagan’ has recently started. It has been officially announced that a famous actor will be joining the film in this movie.

We have already seen that Thiagarajan is directing the remake of the Andhadhun movie ‘Andhagan’ and Prashanth and Simran are playing the lead roles. The film also stars Bigg Boss contestant Vanitha, Actor Karthik, Yogi Babu, KS Ravikumar, Uttara Menon, Urvasi, and Manobala.

According to reports, Samuthirakani has joined the cast of the film. This has been confirmed on the social media site of the film’s production company, Star Movies. Ravi Yadav is the cinematographer, and Santosh Narayanan is the music director of the film. It is said that the shooting of the film will be completed soon.