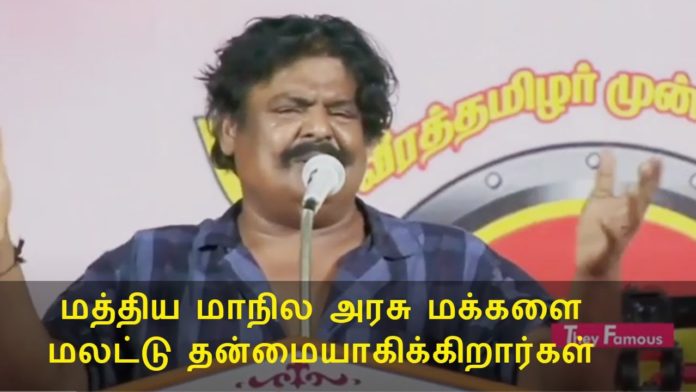 It is known that many Tamil film actors, including Kamal Haasan, Sarathkumar, Seeman, T Rajendiran, have started and running political parties. One more actor in that category is currently starting a new party.

Mansoor Ali Khan is a famous villain actor working with Seeman’s Naam Tamizhar Party for the last few years. He has suddenly started a new party today. He recently told reporters that he had started a political party called the Tamil Desiya Puligal Party. It is noteworthy that he has already recently resigned from the Naam Tamizhar Party.

The ‘Tamil Desiya Puligal Party, started by Mansour Ali Khan, is expected to contest the upcoming assembly elections. Let’s see if the party started by another actor from the Tamil film industry will be welcomed.