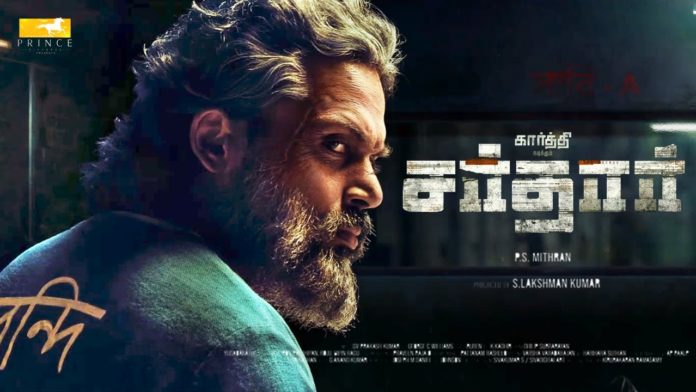 Actor Karthi starrer ‘Sultan’ has been released recently, and he is currently starring in Mani Ratnam’s upcoming film ‘Ponniyin Selvan.’ It has been reported that Karthi will be seen in a film directed by ‘Irumbuthirai’ director PS Mithran.

The title of the film and the motion poster have just been posted on Karthi’s Twitter page. It is worth mentioning that the film’s title is ‘Sardar.’ Lakshman Kumar is producing the film with music by GV Prakash, cinematography by George Williams, editing by Ruben, and Stunt by Dilip Subramanian.

The film is being produced by Prince Pictures and stars Raashi Khanna and Rajisha Vijayan in the lead roles. This film also looks like a crime film involving technology from the title and motion poster of this recently released film.