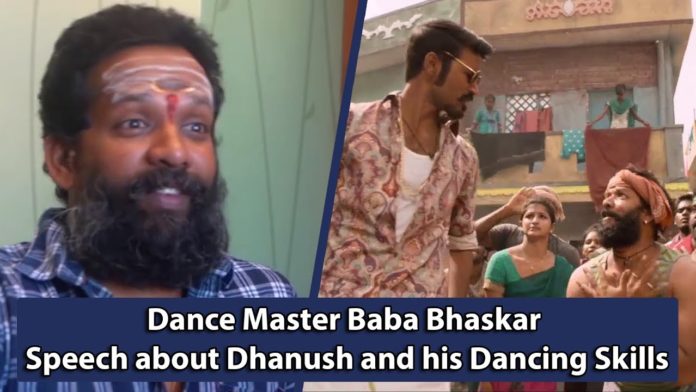 Actor Dhanush is one of the celebrities who made the Tamil film industry look back at India. He is currently abroad to shoot for his Hollywood film. Karnan, Jagame Thandhiram movies starring Dhanush are currently out in the expectation of the fans.

In this situation, a celebrity participating in ‘Cook with Comali 2’ has studied in school with actor Dhanush from a young age.

It’s none other than cook Baba Bhaskar, who studied together with actor Dhanush till 8th standard. Baba Bhaskar has been a sensation in this season of ‘Cook with Comali.’ Actor Dhanush has openly stated this at a press meet. Baba Bhaskar has also worked as a choreographer in several films with Dhanush, including Padikathavan, Maari, Kodi, and Jagame Thandhiram.

Baba Bhaskar is one of the findings of this season, as his interaction with comalis has increased the show’s comical elements. Baba Bhaskar also participated in Bigg Boss Telugu season 3, where he came as runner-up.